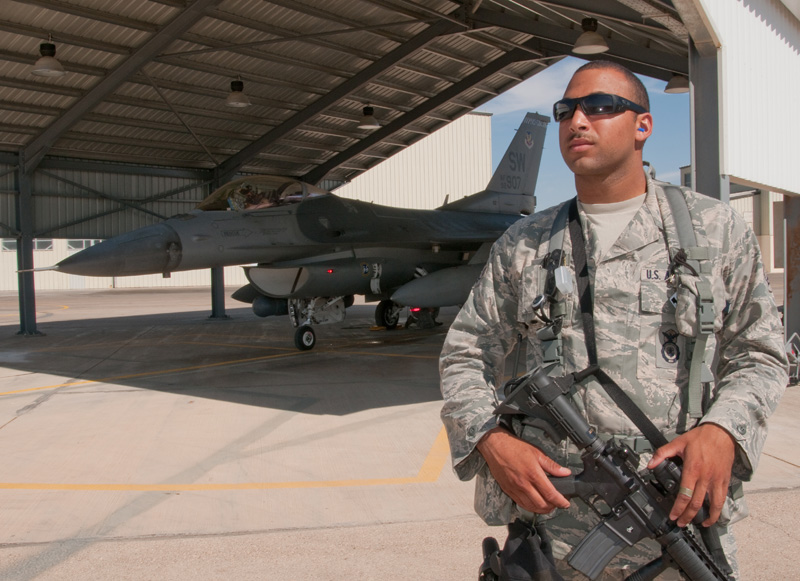 A U.S. Air Force pilot was killed when an F-16 Fighting Falcon crashed in a non-combat-related incident Sunday, according to the military.

The aircraft was taking off to conduct a combat run in support of Operation Inherent Resolve, as the operations against ISIS is called. The crash happened as the pilot was returning to its base in Jordan, today at dawn, at about 6 a.m. local time, shortly after take-off, according to a release from Central Command.

Pentagon spokesman Col. Steve Warren told CNN the plane suffered a technical problem after takeoff and then crashed as it attempted to return. Although it was a noncombat incident, the jet was headed to a combat mission, Warren said.

The location of the crash was not disclosed due to host nation sensitivities. According to unconfirmed sources The 77th Fighter Squadron from Shaw left for an undisclosed location in the Middle East in October to conduct combat missions against ISIS.

Presently, the 77th Fighter Squadron based at Shaw Air Force Base in Sumter is conducting combat operations in Syria and Iraq against the Islamic State of Iraq and Syria (ISIS). Neither U.S. Central Command in Tampa or officials at Shaw would identify the pilot or confirm if he was with the 77th.