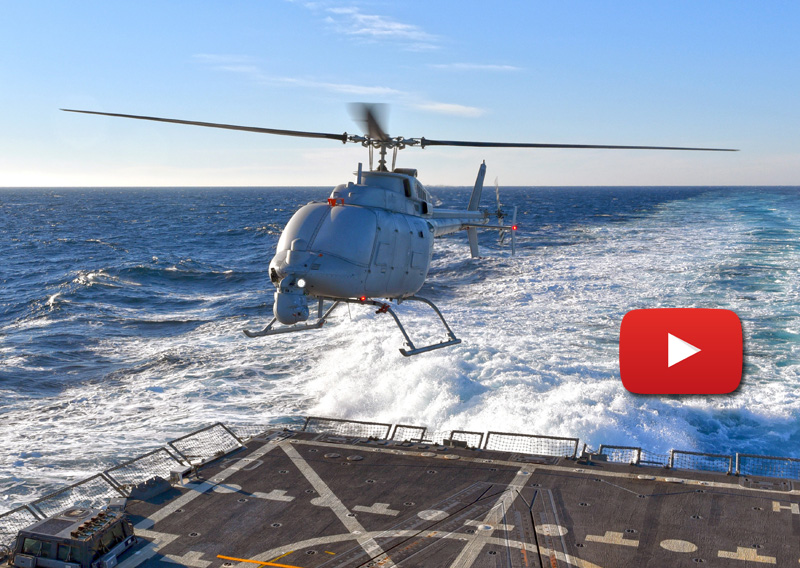 MQ-8C Fire Scout, the newest naval drone being developed for the U.S. Navy by Northrop Grumman successfully flew the system for the first time off the guided-missile destroyer, USS Jason Dunham (DDG 109), Dec. 16, off the Virginia coast.

After more than a year of land-based testing at Point Mugu, California, the MQ-8C Fire Scout grew its sea legs, making 22 takeoffs and 22 precision landings while being controlled from the ship’s ground control station.

“The MQ-8C Fire Scout’s flights from the USS Dunham represent a significant Navy milestone. This is the first sea-based flight of the MQ-8C and the first time an unmanned helicopter has operated from a destroyer,” said Capt. Jeff Dodge, Fire Scout program manager at Naval Air Systems Command. “The extended capabilities will offer the Navy a dynamic, multipurpose unmanned helicopter with increased endurance, allowing for our ship commanders and pilots to have a longer on station presence.”