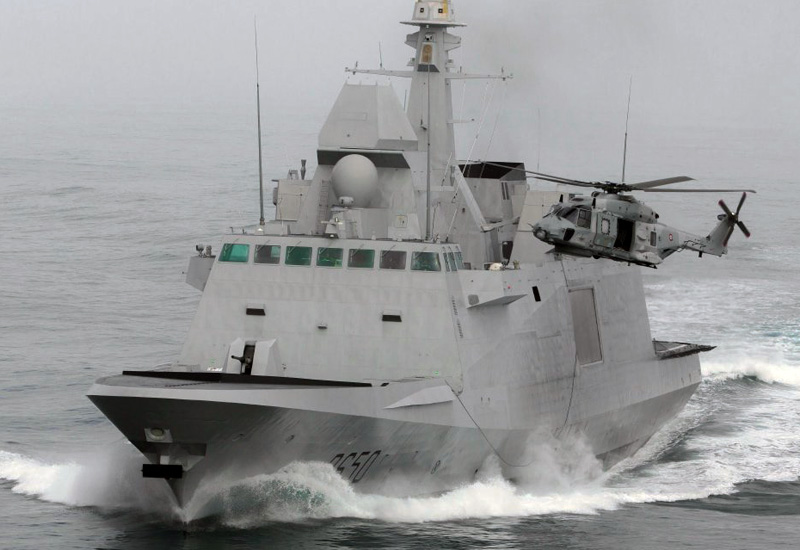 France and Egypt are ‘close to agreement’ on a large scale arms deal that could cost 5-6 billion Euros and include naval vessels and fighter aircraft, La Tribune reports.

The French proposal includes one or two FREMM multi-mission frigates worth 1.8 billion euros ($2.07 billion), to be built by DCNS, and 20 Rafale combat aircraft from Dassault, worth 3.6 billion euros ($4.15 billion). Both platforms will be armed with missile systems manufactured by MBDA. On February 12  the French President confirmed Egypt is about to order a single FREMM vessel along with 24 Rafale fighter jets.

The CEOs of these companies visited Cairo this week to promote the deal. This visit was the latest stage in the dialog between the two countries, which also included the visit of Egyptian President Abdel Fattah al-Sisi in Paris in November 2014, followed by a high level Egyptian delegation that discussed the deal for 10 days in December. A French delegation also travelled to Cairo last week, to discuss financial aspects of the project.

While Rafale has yet to strike its first export contract, FREMM, as a multi-national program has been more successful in this realm, providing vessels for three navies. If selected, Egypt would be the fourth FREMM operator after Italy, France and Morocco. Egypt intends to make the FREMM frigate the flagship of the Egyptian Navy and wants to acquire the two frigates as quickly as possible. In consequence, France is ready to deliver vessels currently on order for the French Navy, if the deal is signed soon. Egypt wants to have at least one ship for the planned inauguration ceremony of the expanded Suez Canal planned for 2015.

The Egyptian interest in the FREMM follows the acquisition of four Gowind 2500 corvettes for about one billion euros. The lead corvette will be delivered from France, while the remaining three will be built in Egypt.

The Rafale could be an alternative to Russian or Chinese aircraft the Egyptian Air Force needs to modernize its forces, which currently rely almost exclusively on the Lockheed Martin F-16 supplied by the USA. The latest acquisition of 20 F-16 Block 50/52 aircraft was approved in 2010, but was only partly delivered due a US embargo on weapons delivery to Egypt, which was imposed after the ‘Arab Spring’ of 2011, that lead to the fall of president Moubarak in 2011 and the military coup in 2013 that brought general Sisi to power. Although Washington has since approved the delivery of some of the embargoed weapons, Cairo has not been trusting Washington and is seeking reliable alternative sources.

Rafale seems to be a viable alternative, as Dassault is seeking orders to beef up its production line, which currently produces only one aircraft per month, stretching production of the remaining 43 aircraft ordered for the French Air Force and Navy until 2018, as the F3R upgrades will be introduced.

Update: The deal was officially confirmed on February 12 by French President Francois Hollande confirmed the conclusion of the first contract of sale of 24 Rafale fighter aircraft to Egypt, which will be signed on February 16, the Elysee Palace said in a statement Thursday.