Washington and New Delhi are expanding their defense technology cooperation. On his visit to India, President Obama and Indian Prime Minister Narendra Modi discussed the extension and expansion of the bilateral Defense Technology and Trade Initiative (DTTI) agreement that has been in place since 2005. The DTTI will be expanded to another 10-year framework, but this time it will be focused on specific programs that both countries are interested in.

” This renewed framework will support stronger military-to-military engagement, including deeper maritime cooperation and increased opportunities in technology and trade. ” US defense secretary Chuck  Hagel noted. Part of the cooperation will establish joint training between the two military forces, Hagel said. These military exchanges will include expanded joint combat exercises, maritime security operations as well as the opening of intelligence-sharing channels. “By establishing a new military education partnership, we will help shape the next generation of military leaders in both our nations, fostering relationships that will draw our defense establishments closer together for years to come.”

The DTTI that has been in place since 2005 did not yield significant results. The two sides are hopeful the new agreement will succeed to jumpstart few collaborative programs, as it will initially focus on four “pathfinder” projects.

These programs will include the development of an enhanced version of Aerovironment Raven mini-UAV, designed with longer mission endurance (up to six hours) and extended range (18 km). Another project being discussed is modular intelligence gathering module tailored for the C-130J Super Hercules (aircraft that are already supporting the Indian Special Forces. The cooperative programs will also look into mobile hybrid-electric power sources and uniform integrated with Chemical & Biological protection measures.

Both Obama and Modi promised the DTTI would take the bilateral defence cooperation to a new level altogether with “additional joint projects in the near future”. These include a working group to explore aircraft carrier technology sharing and design; (among the technologies India is seeking to get is the Electromagnetic Launch System (EMALS) that replaces the steam catapult on the US Navy new Ford class aircraft carriers. Other areas for technology sharing would include jet engine technology – as India is already planning to rely on the GE F414 engine from General Electric for its enhanced variant of Light Combat Aircraft (LCA II). Hagel said the US will also benefit from the cooperation, “We will begin to realize the enormous potential of the U.S.-India defense industrial partnership. We have further strengthened this partnership with an agreement that will allow us to continue science and technology collaboration for the next 15 years.” 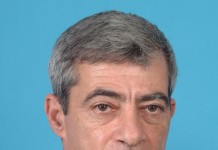 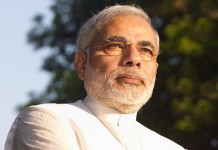 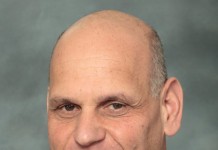