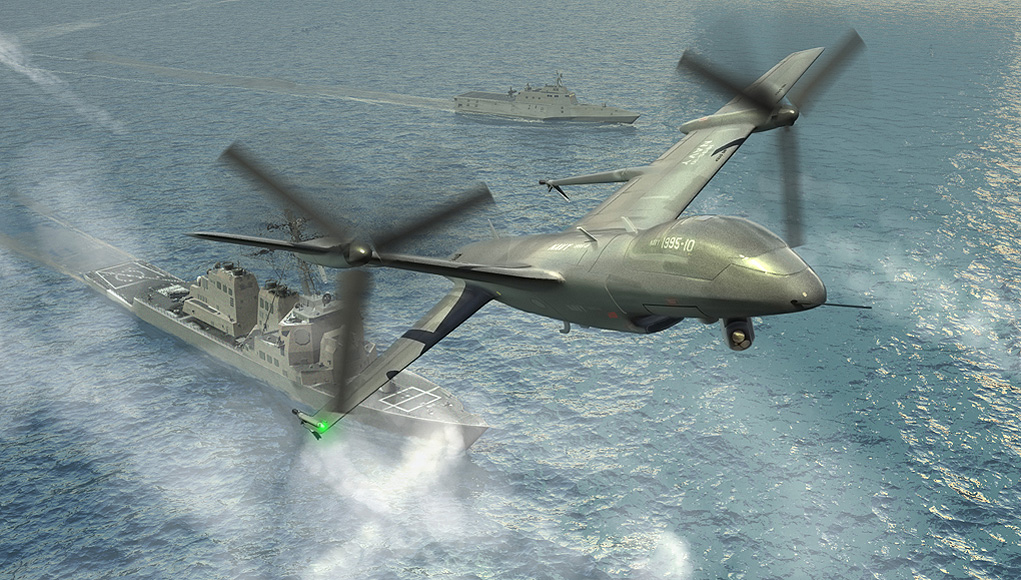 DARPA is expecting to complete risk reduction studies in September, and select one of two competing designs for medium-altitude, long-endurance unmanned aerial systems (MALE UAS), that will be capable to operate from small and medium naval vessels. As part of Phase 2 of the Tactically Exploited Reconnaissance Node (TERN) research and development program the agency is funding risk reduction studies performed by Northrop Grumman Corp. and Aerovironment Inc., based on preliminary designs proposed by the two companies in the earlier Phase I. The program is jointly managed between DARPA and the U.S. Navy’s Office of Naval Research (ONR).

Subscribe to read the full version of this article

“To offer the equivalent of land-based UAS capabilities from small-deck ships, our Phase 2 performers are each designing a new unmanned air system intended to enable two previously unavailable capabilities: one, the ability for a UAS to take off and land from very confined spaces in elevated sea states and two, the ability for such a UAS to transition to efficient long-duration cruise missions,” said Dan Patt, DARPA TERN program manager. “Tern’s goal is to develop breakthrough technologies that the Navy could realistically integrate into the future fleet and make it much easier, quicker and less expensive for the Defense Department to deploy persistent ISR and strike capabilities almost anywhere in the world.”

The Tern program envisions using smaller ships of the Littoral Combat Ship (LCS) or DDG-51 Arleigh Burke-class destroyers as mobile launch and recovery sites for medium-altitude, long-endurance unmanned aerial systems (UAS), to provide long-range ISR and other capabilities from the decks of forward-deployed small ships. By 2017 DARPA aims to conduct full-scale, at-sea demonstration of the selected TERN prototype UAS from a vessel with the same deck size as an Arleigh Burke-class destroyer.