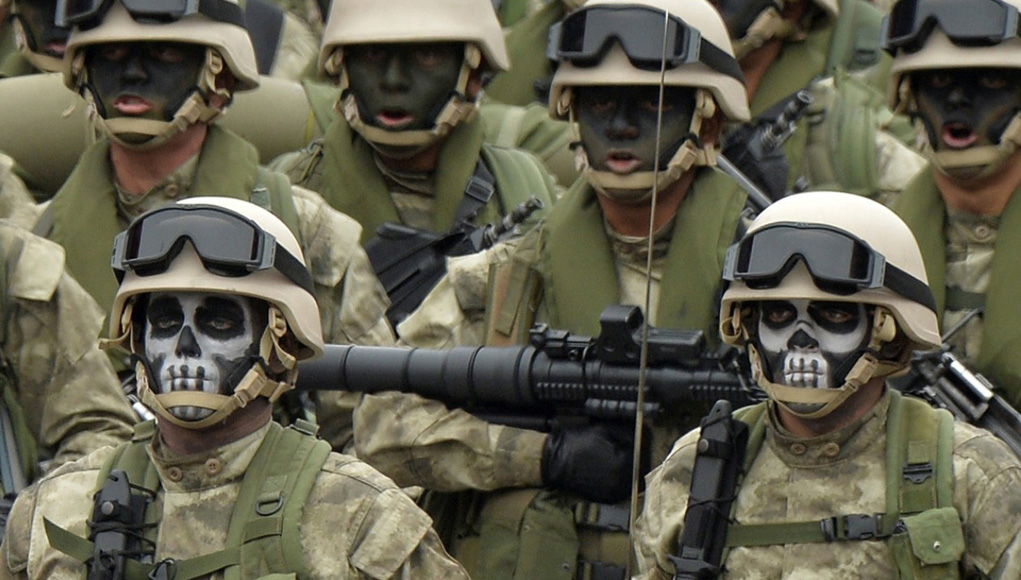 AirTronic USA’s answer for these requirements is the ‘Americanized’ version of the Russian-designed Rocket Propelled Grenade launcher – the RPG — a low-cost, reusable, safe and reliable weapon system, of which over 9 million units are in use with military and insurgent forces worldwide.

The US manufacturer is introducing two new models at the AUSA exhibition in Washington this week, along with a new range of ammunition that extends the weapon’s effective range to beyond 2,500 ft. (800 meters). At a weight of 14 lb. (6.35 kg.), PSRL-1 is slightly lighter than the basic RPG-7V2. However, the more advanced GS-777 model weighs only 7.77 lb. (3.5 kg.) – almost half the weight of the original RPG.

The first new design that will enter production by the second quarter of 2016 is the PSRL-1, which emulates the company’s RPG-7-compatible system. It will be equipped with a new sighting system that combines an illuminated reticule for use in low light situations. The second model, PSRL-2, will be based on a new design that will improve durability and extend its life cycle (the current version can fire 1,000 rockets).

Both weapons will use the Eotech optical red-dot sight and will be able to be fitted with magnifying optical sights for accurate, long-range firing. In order to make the PSRL more familiar with users accustomed to the M16/M4 rifles, AirTronic offers the PSRL-1 with M16/M4-style buttstock and grip. Picatinny rails are also used, mounting sights and accessories.

Unlike cast parts used in RPG weapons, the PSRL tubing is machined of 4140/4150 ordnance-grade steel for extended life cycle and high durability. The new launcher integrates AirTronic’s custom-designed optical sight that enable users to hit targets at a distance of 2500 ft. (800 meters) with 90 percent probability of hit with the first round – more than twice the distance of other RPGs. Further improvements will introduce guided RPG rounds and other enhancements that could extend the weapon’s reach to 6,250 ft. (2,000 meters).

This superior accuracy is the result of the improved weapon design, ammunition quality and sighting systems. AirTronic USA is also planning to offer a new line of 40 mm. HEAT rounds weighing 4.5 lb. (2 kg.) and thermobaric rounds weighing 10 lb. (4.53 kg). These new ammunition types, designed specifically for its launchers, are to be produced in the USA by Chemring Ordnance. This arrangement will enable the DOD to acquire the weapons and ammunition for Foreign Military Sales and Train and Equip programs. Chemring is already producing all types of 40 mm. Low- and High-Velocity grenades for the US Army.

RPG-7 weapons are often included in military support programs financed and supported by the US Military and SOCOM, such as the training and equipping of the Afghan National Army (ANA), Iraqi security forces and Syrian rebels, to name only a few. Until now, the Pentagon procured these weapons from Eastern European producers, primarily in Poland and Bulgaria; ammunition had to be sourced from different suppliers worldwide, since US manufacturers did not produce ammo for the Russian weapon.

Originally developed and produced by the Russian company Bazalt, the RPG-7 became so popular for its simplicity, durability and effectiveness. The original Russian-designed weapon was licensed to 11 foreign manufacturers, and copied by others, and is currently used by numerous military forces, insurgents, outlaws and terrorists worldwide.

According to AirTronics, their approach was to take the basic geometry of the RPG-7, using different materials which enabled the company to make it lighter, safer and more effective.