Raytheon Missile systems will provide precision guided mortar bombs to the US Marine Corps, under a contract worth $98 million awarded this week by the Pentagon. The contract with the U.S. Marine Corps has a maximum 60-month effective period, with five 12-month ordering periods. Raytheon’s PERM team has partnered with Israeli Military Industries to provide the weapon systems. As such, 39% of the work will be performed in Israel by IMI and its subcontractors. The Marine Corps plans to field 3,113 rounds beginning in 2018. 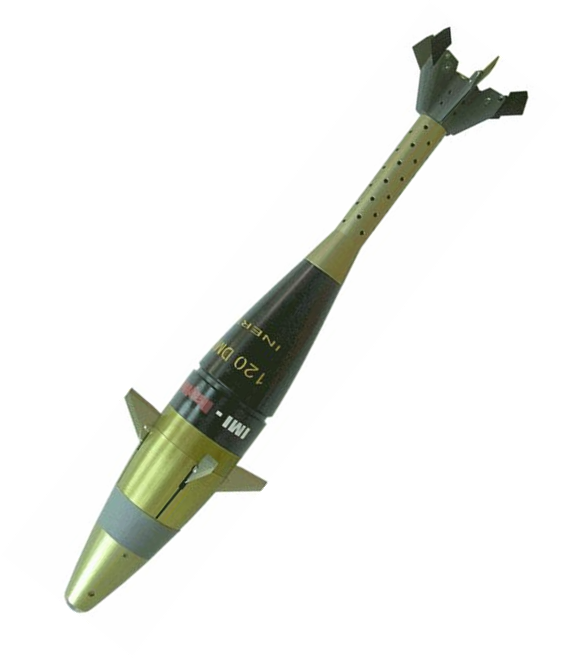 PERM gives a combat commander the ability to destroy enemy targets at longer ranges using fewer rounds. A typical mortar round travels about seven to eight kilometers. The PERM rounds can reach distances up to 16 kilometers. The basic version selected by the corps is GPS guided with accuracy of 10 meters(industry officials place it within 2 meters). PERM also increases the lethality of the 120mm mortar by as much as 250 percent. In the future Raytheon plans to add semi-active laser guidance to its PERM rounds, enabling mortar teams to hit moving targets designated by forward or airborne target acquisition teams.

The new GPS guided munitions will enable the corps’ M327 rifled 120mm mortar units called ‘Expeditionary Fire Support Systems’ (EFSS) to double the range they can engage targets, and enable those units to hit their intended targets with maximum accuracy and efficiency. EFSS consists of two Internally Transportable-Light Strike Vehicles carrying a mortar tube and ammunition supply that can be moved as a single package in the belly of an MV-22B Osprey or slung under a CH-53E Super Stallion.

In a recent test series PERM munitions were employed in field tests in mountainous firing range, validating the munitions’ maximum and minimum range performance, with demonstrated accuracy levels exceeding the services’ requirements. A unique capability, provided by the efficient aerodynamic design combining tail fins and flaps in the mid-body, enables complex trajectory shaping techniques enabling the round to hit target in steep reverse slopes in mountainous terrain – a task that is often impossible to accomplish by other projectiles, using ballistic trajectory.

These smart munitions comprise IMI’s ‘Pure Heart’ as their ‘brain’ that matches a powerful digital processor and guidance systems, with Raytheon’s GPS based navigation solution, all packed in a compact, lightweight case designed to endure extremely high loads.

This is an 431 word excerpt of the 1071 word article available to Defense-Update members.
Join now to read the full version

According to Marine Corps sources the program came in two months ahead of schedule and 33 percent under budget, at a projected cost of $18,000 per round. The first rounds will be delivered in mid-2018, with a total purchase of 3,113 rounds over five years.