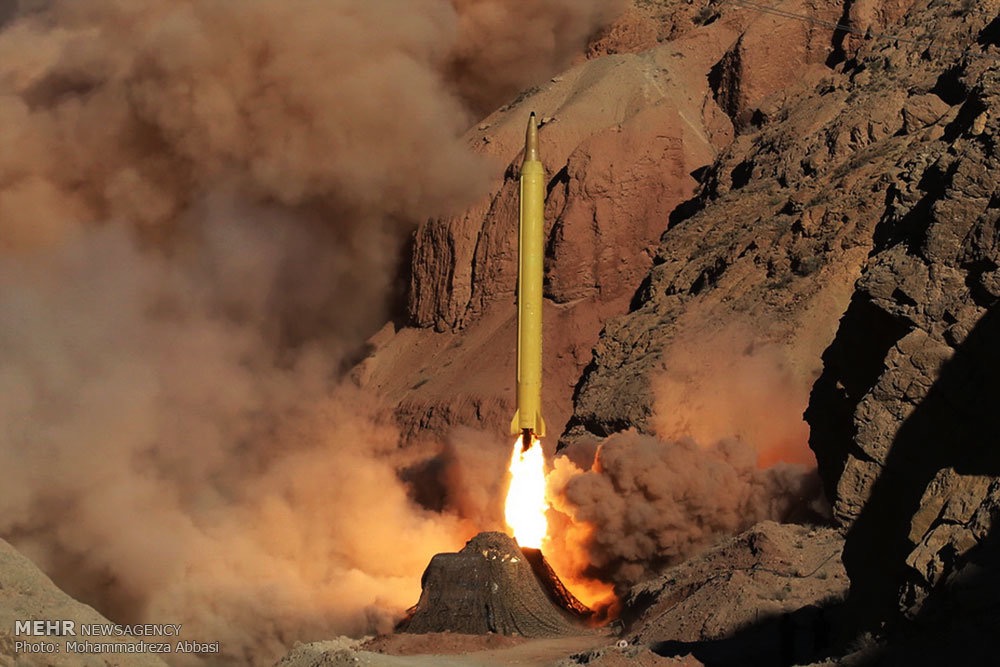 Iran conducted today multiple launches of ballistic missiles as part of ‘Velayat Strength’ (Eqtedar-e Velayat) military drills conducted in the past week by the Iranian Revolutionary Guards Corps (IRGC). The launch of long range missiles was a preplanned part of the exercise, announced last month by the Iranian military.

While the types of missiles fired in the recent exercise were the familiar Shihab 1, 2 and Qadr-F and -H, the unique aspect of the recent test was the use of hitherto unknown missile base near Qom, in central Iran desert, where missiles are maintained in high readiness in underground silos, tucked inside the hills. The missiles were fired from the base at targets at a distance of 700 km and were claimed to hit their targets with high precision.

While the current is thought to reflect Iran’s contest of US sanctions, Tehran has fired such missiles before, even in a larger scale. The commander of IRGC Aerospace Force Brigadier General Amir Ali Hajizadeh confirmed that the IRGC has fired various types of ballistic missiles from spread out underground sites with a range of 300, 500, 800 and 2,000km.

A day later, on the morning of March 9, two Ghadr-H ballistic missiles were fired from another site hidden over land in the Eastern Alborz Range, at predetermined targets in Makran coastal strip, covering a distance of 1,400km. Sources in Tehran said the mission range was shorter than the missile’s maximum range, restricting the mission to Iranian territory.

“These huge underground missile depots and silos are part of the Islamic Republic of Iran strategy to cope with regional missile defense in the region, in Israel and the gulf. The fact that the missiles are prepared for launch underground, with no visible signature could be used for first strike.” said Tal Inbar, Head of the space research center at the Fisher Institute for Air and Space Strategic Studies.