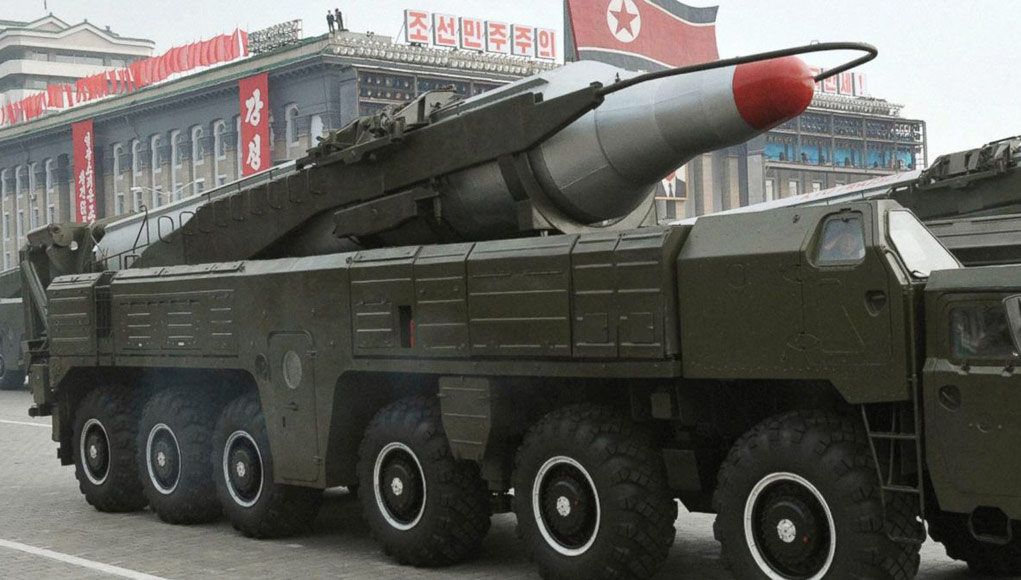 The defence ministry in Seoul said the missile test took place at around 5:20 am on Monday near the eastern port city of Wonsan. The missile likely a Musudan Intermediate-range Ballistic Missile (IRBM) was launched from a mobile transporter-launcher, and flew for seconds before exploding, the official said.

In April, the North failed three times to test-fire a Musudan. Tuesday’s launch appears to have been its first missile test since then, and experts said it was unusual to test-fire a missile so soon after a failure.

Musudan that has been declared ‘operational’ is capable – theoretically – to hit targets at ranges up to 4,000 km (2,500 miles). With the credible performance, this weapon represents the rough state’s highest threat to the region, as it can hit targets far beyond South Korea, in Japan as well US bases in the Pacific, including Guam.

“North Korea shows no sign of abandoning the development of nuclear missiles, and so we will continue to work closely with the U.S. and South Korea in response and maintain a close watch,” Japanese Minister of Defence Gen Nakatani told a media briefing.

Pyongyang has not tested the Musudan missile in flight since its inception in 2003. Analysts estimate North Korea may have produced 50 such missiles. Their public debut in 2010 indicated the induction of 31 such missiles with North Korean strategic forces. 19 such missiles were reportedly transferred to Iran, where it is designated BM25.

It appears to be the latest in a string of missile tests as the country tries to advance its weapons program in defiance of the international community and its closest regional ally, China. Neither Iran, nor Pyongyang have tested these missiles before 2016, nor did they validate their full range in flight.

The Musudan uses a propulsion system derived from the proven system that powers the Russian SS-N-6 Submarine-Launched Ballistic Missile (SLBM). Therefore, given that manufacturing process and subsystems are reliable, the Korean missile would also perform as expected since this propulsion system proved its reliability in 461 successful launches of the Russian ‘R27 Zyb’ SLBM.

However, this was not the case. The Korean developers probably suspected their system was not mature enough to take the challenge. Intelligence sources reported in 2013 on a previous aborted launch of the missile.

Assuming that the Korean missile engineers have retrieved missile parts after the explosions, and gathered flight data by telemetry, indicating the system’s failure dynamics during the flight, Western analysts expect they would be able to identify the causes of the failures, and improve the system’s reliability. However, compressing four test attempts in less than two months means they have not had enough time to assess their findings and implement adequate solutions.

When the Musudan/BM25 eventually reaches maturity, it is likely become a much bigger concern for countries in the Far East, MiddleEast and Eastern Europe, as all rest within its reach.

subscribe to read the analysis in the member edition