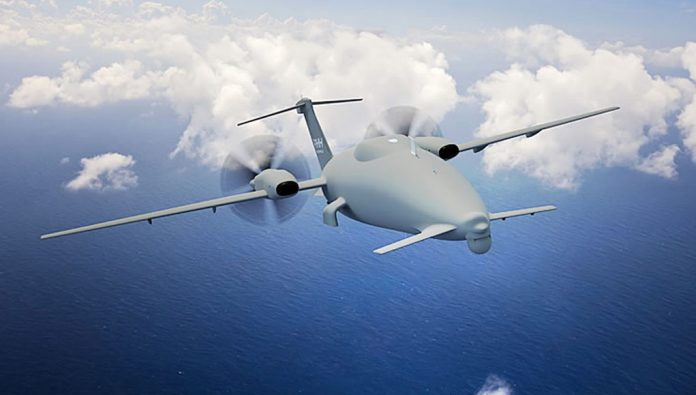 The Piaggio Aerospace P.1HH HammerHead drone crashed yesterday off the Sicilian coast while on a test flight. According to …. the drone lost contact with the ground station during the flight and crashed into the sea, about 20 minutes after takeoff. The 14.4 m’ long Hammerhead drone is based on a Piaggio P.180 Avanti II commercial aircraft. Its maximum take-off weight of 6,146 kg. and the wingspan is 15.6 meters.

The drone operated from Vincenzo Florio Airport, Trapani-Birgi Air Base in Sicily under a test flight series. “There has been no damage to people or things,” announced Piaggio Aerospace, which has commenced an internal investigation to understand the causes of the accident. The company plans to recover the drone to assess the cause of the mishap.

Unveiled in 2013, the new drone was acquired by the UAE, as part of a $350 million acquisition. The Italian Air Force is also interested in operating three systems (6 drones in total). The Hammerhead drone can be fitted with intelligence, surveillance, reconnaissance (ISR) equipment for use in maritime surveillance, monitoring of illegal immigration, border surveillance and security of critical infrastructure.