The Chinese People’s Republic Army Air Force (PLAAF) is believed to have received four J-20 jets, which have been tested and completed acceptance tests recently. The first front-line regiment is supposed to activate and receive aircraft by June 2017 and is expected to be combat ready by 2019. That milestone could be pushed forward, given the budget priority. The final requirement could be between 500 to 700.

Chengdu’s No.611 Institute developed the plane. This large interceptor made its first flight in 2011. Two Russian-made Saturn AL-31F power the prototypes and first production aircraft accelerating it to a maximum speed of Mach 1.7. 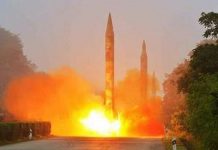