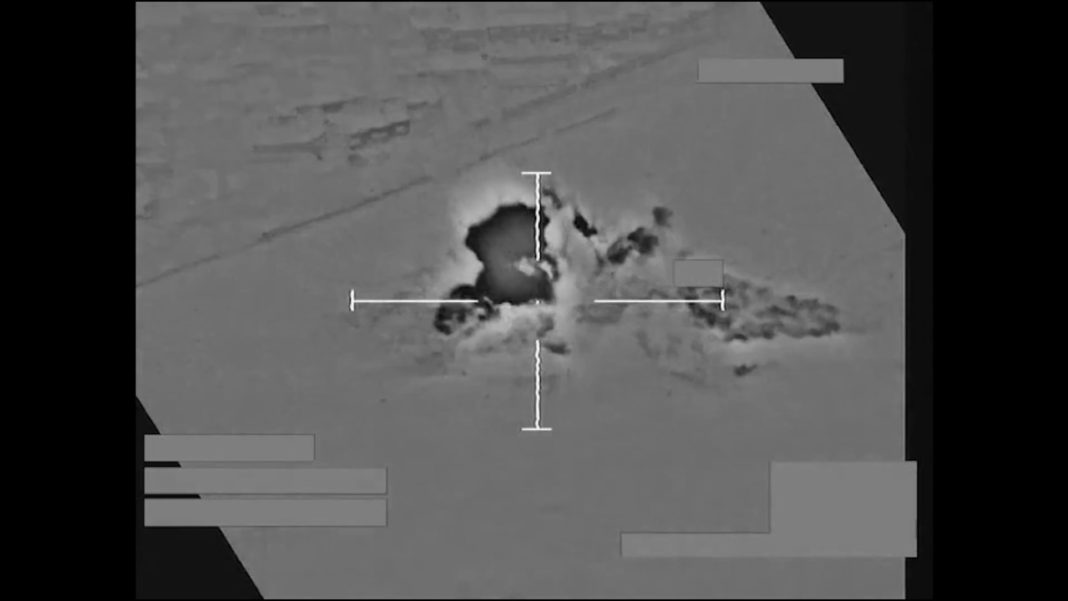 Small drones used for surveillance, fire direction and attack are becoming a serious concern for coalition forces in Syria and Iraq. During the battle for Mosul, small armed remotely piloted aerial vehicles with grenades have been used by Daesh a number of times to harass Iraqi troops, with reports suggesting they have also been used to target civilian refugees.

A building in the southern area of central Mosul was identified as being used as a base for these drones and their operators. On Thursday 12 January a pair of Royal Air Force Typhoons targeted the site, demolishing the building with two Paveway IV guided bombs.

Over south-east Mosul, a Reaper meanwhile flew overwatch for Iraqi troops as they cleared further Daesh positions. The Reaper’s crew were able to identify a number of terrorists armed with heavy and light machine-guns firing at the Iraqi forces, and conducted three successful attacks with Hellfire missiles which eliminated the threat posed.

The following day, two Tornados patrolled over northern Iraq, and were directed to a tunnel entrance which had been identified some 15 miles west of Kirkuk. Two Paveway IVs collapsed the entrance and set off secondary explosions from inside the tunnel. Reaper operations over Mosul continued, with aircraft spotting a group of terrorists as they loaded a heavy rocket into a truck. They and the vehicle were promptly struck by a Hellfire missile. The Reaper then provided surveillance support to two Coalition air strikes which destroyed a heavy machine-gun position and a bridge.

RAF Reapers have also been conducting armed reconnaissance patrols near Tall Afar, and on Saturday 14 January one of our aircraft responded to a report from another Coalition surveillance aircraft which had identified a pair of armed trucks concealed in vehicle sheds some 30 miles to the south-west of the town. Both vehicles were destroyed using Hellfire missiles.