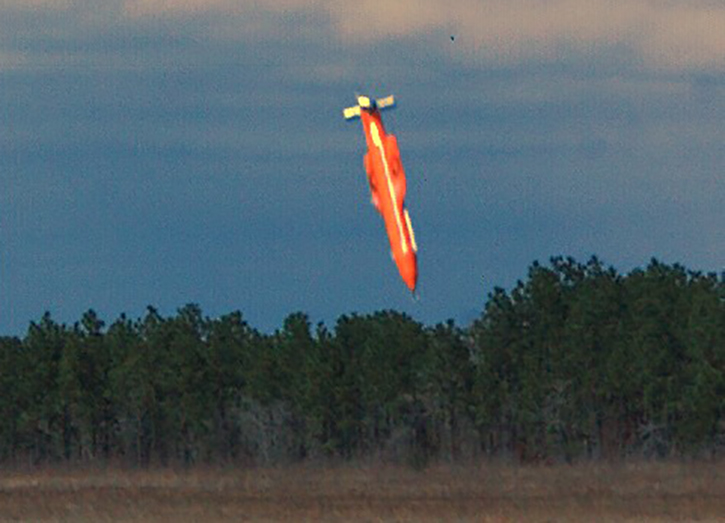 The U.S. forces in Afghanistan conducted yesterday a strike on a tunnel complex built by the Islamic State’s Khorasan (ISIS-K) terrorist organization using one of the most devastating conventional weapon in service – the Massive Ordnance Air-Blast (MOAB). The target located in Achin district, Nangarhar province, Afghanistan was part of a remotely located operational complex that supported the terrorist organization’s operations against government and US forces in the country.

The Khorasan group is based in the Afghanistan-Pakistan region and is composed primarily of former members of Tehrik-e Taliban Pakistan and the Afghan Taliban. The US estimates 600 to 800 IS fighters are currently present in Afghanistan, mostly in Nangarhar. The strike used a GBU-43 bomb dropped from an Air-Force Special-Operations Command (AFSOC) MC-130 aircraft. The GBU-43 is an unpowered 21,000 lb. (9.5 ton) GPS-guided weapon designed to explode above target and create a devastating shockwave by setting off a large fuel-air explosive warhead. MOAB was made to replace the unguided 15,000-pound (6.8 ton) BLU-82 Daisy Cutter weapon that was used by the Air Force in Vietnam and early on in Afghanistan. The MOAB was developed in only nine weeks in 2003 to be available for Operation Iraqi Freedom but it was never used during that war.

The 30-foot (9.14 meter) long bomb has a diameter of 40.5 inches (102 cm). It has stabilizing fins and inertial gyro for pitch and roll control. The bomb is too large to be carried by fighter planes or bombers, and, therefore, is loaded into the cargo bay of C-130 Hercules, where the bomb is sat in a cradle on an airdrop platform. When the aircraft reaches its target the weapon and cradle are pulled off the plane at a high altitude by a drogue parachute.

Once in the air, the weapon releases from the platform, the grid fins opened to stabilize it and guide it to its target. Unlike penetration bombs designed to destroy bunkers and fortifications, MOAB uses relatively thin aluminum casing designed to burst on a surface, not penetrate it. The BLU-120/B warhead weighs 18,700 pounds (8.482 ton) and contains TNT and aluminum.

According to Central Command announcement, the strike was designed to minimize the risk to Afghan and U.S. Forces conducting clearing operations in the area while maximizing the destruction of ISIS-K fighters and facilities. Media reports said 36 ISIS operatives were killed in the attack.

“As ISIS-K’s losses have mounted, they are using IEDs, bunkers, and tunnels to thicken their defense,” said General John W. Nicholson, Commander, U.S. Forces – Afghanistan. “This is the right munition to reduce these obstacles and maintain the momentum of our offensive against ISIS-K.”

The U.S. Central Command said the forces took every precaution to avoid civilian casualties with this strike. 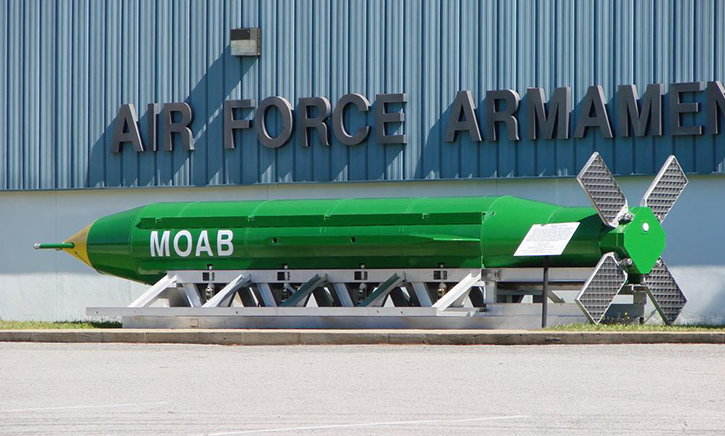