Four River class Offshore Patrol Vessels (OPV) were built in the UK between 2002 and 2007 and are in service. They are expected to reach the end of their service by the end of the decade, replaced by five new ‘Batch 2’ boats.

The first – HMS Forth will be delivered in 2018. HMS Spey, the fifth and final ship of the class will be in service by 2021. Unlike other military vessels built in the UK, the River Class recorded two export sales – the sale of three Amazon Class boats to Brazil and one, built in Thailand, to the Thai Navy that has recently ordered a second boat of this type.

The 90 meter long, 2,000 tonnes OPV includes a modified flight deck capable of operating the latest Merlin helicopters, larger stores and more accommodation for embarked troops. As OPVs, these ocean-going boats have the size, capacity for mission endurance of 35 days, and operate at distance of 5,500 nautical miles from shore. It can develop a maximum speed of 24 knots. The ship’s flight deck supports medium helicopters up to a Merlin size, two RHIB boats and a 16-ton crane are also included. The vessel is armed with a gun turret mounting a 30mm cannon as its main armament.

HMS Forth is the first ship in the Royal Navy to employ the Shared Infrastructure architecture that integrates the sensors, weapons and management systems that operate on board. By replacing individual consoles and electronic racks designed specifically for each system, with common hardware, Shared Infrastructure will save space, reduces logistics complexity and cost and decrease through life costs streamline logistics and improve. The boat has a crew 34 and accommodation for up to 60. 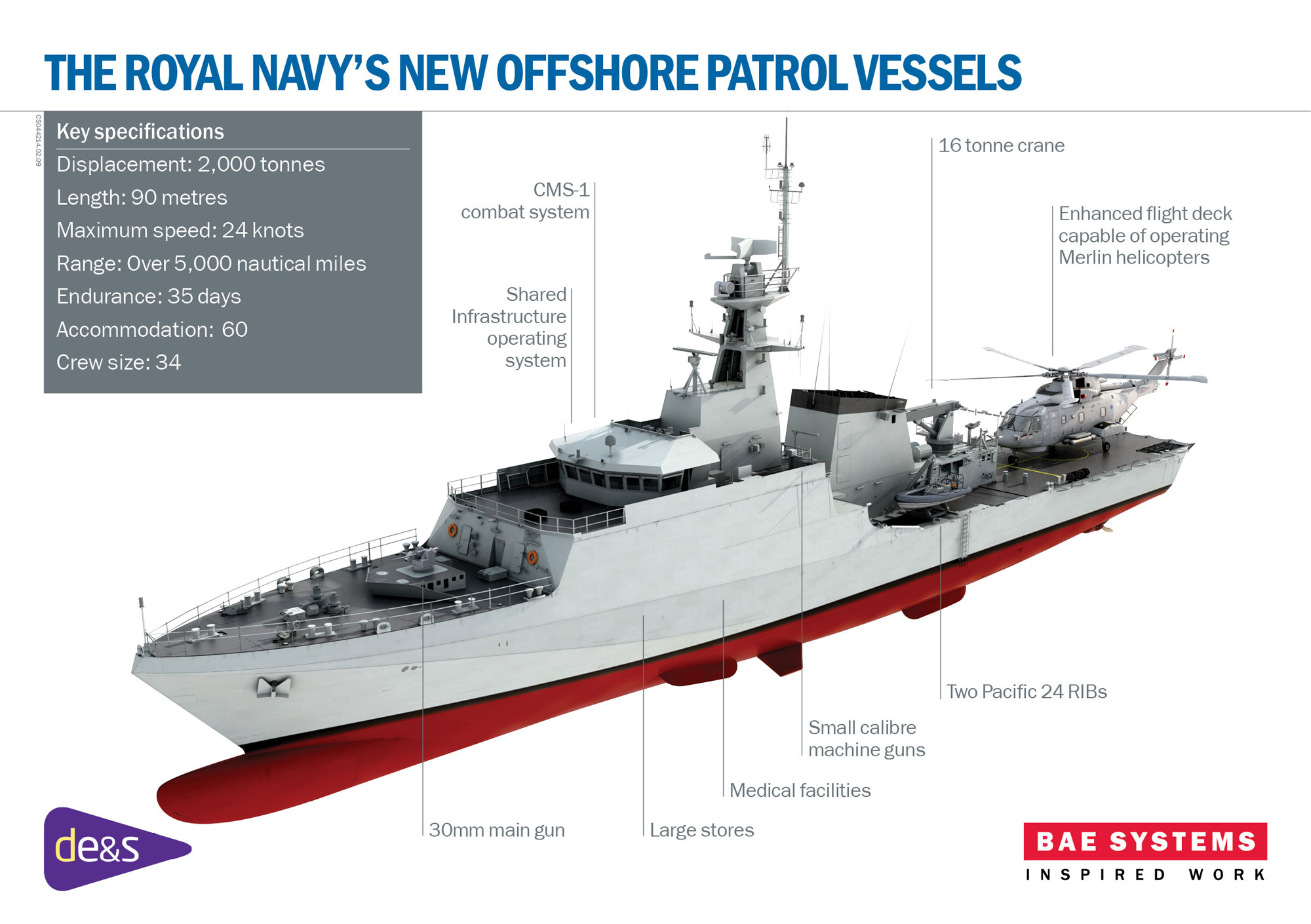