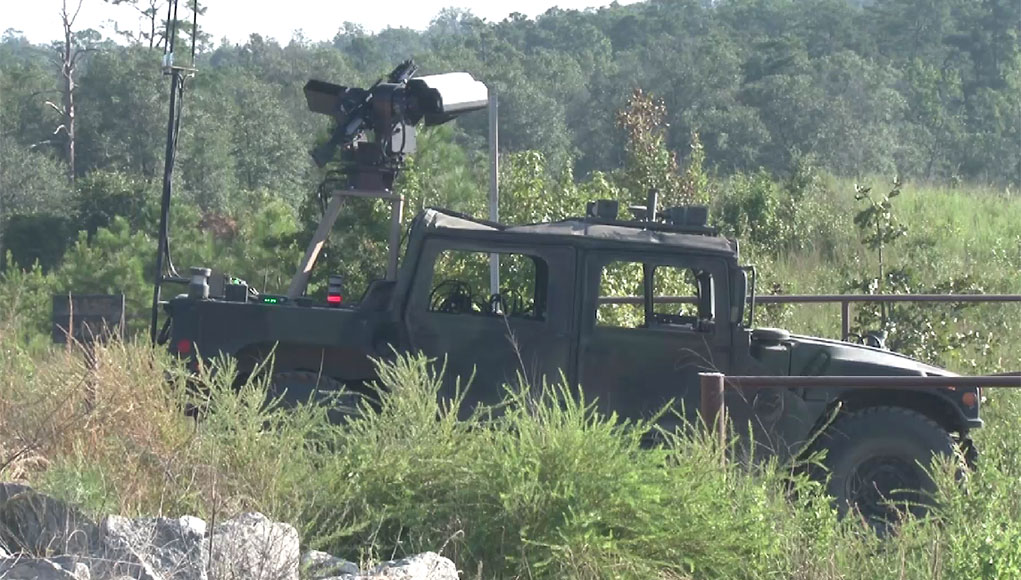 The U.S. Army uses unmanned vehicles in many roles. Unmanned Aerial Vehicles (UAV) are used primarily for intelligence, surveillance, and reconnaissance (ISR). Others are used selectively in strike missions, launching guided weapons. UAVs are also used as loitering munitions, where the entire platforms are transformed into a guided weapon, upon the operator’s command.

Unmanned ground vehicles are employed as remotely controlled systems to dismantle and dispose of improvised explosive devices (IED) and unexploded munitions. Although the technology enabling UGVs to roam the battlefield and performing military significant missions is available today, such systems have yet to be trusted and accepted to join the warfighters in combat teams.

Following the retirement of the OH-58 Kiowa Warrior, the Army is already using the Shadow 200 unmanned aerial vehicles UAVs as the éyes and ears’ for AH-64 Apache helicopters. The Army sees a promising future extending manned-unmanned teaming (MUM-T) concepts to the ground maneuver forces, but this capability still needs years to mature.

A step in this direction was made earlier this month at the U.S. Army’s Maneuver Center of Excellence (MCoE) at Fort Benning, Georgia, where several Army labs demonstrated different some of the future concepts incorporating robotics with the fighting force.

The event demonstrated collaboration of manned and unmanned vehicles conducting a combat mission. The manned element included an M-1A2 main battle tank and M577 acting as a command unit controlling the unmanned systems.

Among the unmanned assets included in the demonstration was an all terrain vehicle (ATV) modified with a landing plate on top, to operate a tethered multi rotor UAV. The vehicle also carried communications systems, extending the network to enable the command post to control all unmanned assets from behind.

Another unmanned asset was an autonomous driven M-113 armored personnel tasked to carry out an advance scout, masking the route with smoke to conceal the movement of tanks. Using automatic route identification and obstacle avoidance, using multiple sensors including Light Detection and Ranging (LIDAR), stereoscopic depth cameras and position location sensors, enabling the APC was able to operate safely within the manned unit (the driver was in the vehicle only as a backup for safety).

Two light platforms mounted on HMMWVs provided the ‘shooters’ for the team. One, acting as a ‘Robotic Wingman’, was a driverless HMMWV that can move autonomously in the field, in synch with its manned teammate. Remotely supervised via the tactical network, the Robotic Wingman provides the manned teammate and the larger unit with an enhanced situational picture, using an automated target tracking system. It also had a remotely operated weapon station, enabling target engagement when necessary. The second ‘shooter’ was the Automated Direct Indirect-fire Mortar (ADIM), that provided direct and indirect fire support for the team, using the robots as fire observers, thus establishing a robotic ‘hunter-killer’ team.

“Robotics and autonomous systems help provide a way to give us enhanced capabilities to the formation, and provide a greater range of operations,” said Dr. Robert Sadowski, Robotics Senior Research Scientist, TARDEC. “We can use robots to do those things they do well and offset those things that humans do well.”

“The intent of demonstrations, such as these, is to illustrate the realm of the possible often using repurposed experimental systems or technology available today,” said Maj. Alan Stephens, lead project officer for the MCoE’s Mounted Requirements Division. For instance, surrogates such as the Humvee and M113 Armored Personnel Carriers were used in this demonstration as low-cost mobility platforms. For example, future Robotic Wingmen could rely on optionally manned M-2 Bradley vehicles, thus utilizing existing assets with additional capabilities.

The event was the first of a three-year process in which scientists and developers from the at TARDEC (TARDEC), U.S. Army Armament Research, Development, and Engineering Center (ARDEC) and the Office of Naval Research (ONR), showcased progress made in designing and using robotic combat vehicles and unmanned aerial systems together in scenarios aimed at improving the effectiveness of ground combat formations.