BAE Systems and The University of Manchester have developed and tested a unique unmanned aerial vehicle designed to test an innovative flight control technology that could enable future aircraft to maneuver without the use of control surfaces – ailerons, flaps or tails. Instead, supersonic air streams are blown from the jet engine over the trailing edge and nozzle to control the flight.

To test the new concept the team developed the MAGMA, a small jet-powered drone that will use a unique blown-air system to maneuver the aircraft. Further flight trials are planned for the coming months to demonstrate the novel flight control technologies with the ultimate aim of flying the aircraft without any moving control surfaces or fins. If successful, the tests will demonstrate the first ever use of such circulation control in flight on a gas turbine aircraft and from a single engine, paving the way for future, stealthier aircraft designs.

Wing Circulation Control and Fluidic Thrust Vectoring are two new technologies to be tested using the jet-powered MAGMA UAV. Wing Circulation Control takes air from the engine and blows it at supersonic speed through the trailing edge of the wing to generate control forces. Fluidic Thrust Vectoring, uses blown air to deflect the engine exhaust, generating effects similar to thrust vectoring without the complex mechanical nozzles, to control the aircraft direction. 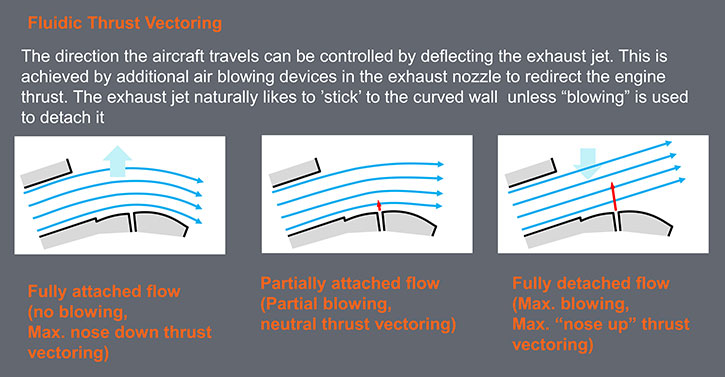 These new control methods remove the conventional need for complex, mechanical moving parts used to move flaps to control the aircraft during flight. According to the developers, this could give greater control as well as reduce weight and maintenance costs, allowing for lighter, stealthier, faster and more efficient military and civil aircraft in the future.

The flight trials are part of an ongoing project between our two organizations and wider long-term collaboration between industry, academia, and government to explore and develop innovative flight control technology. Additional technologies to improve the performance of the UAV are being explored in collaboration with the University of Arizona and NATO Science and Technology Organisation. 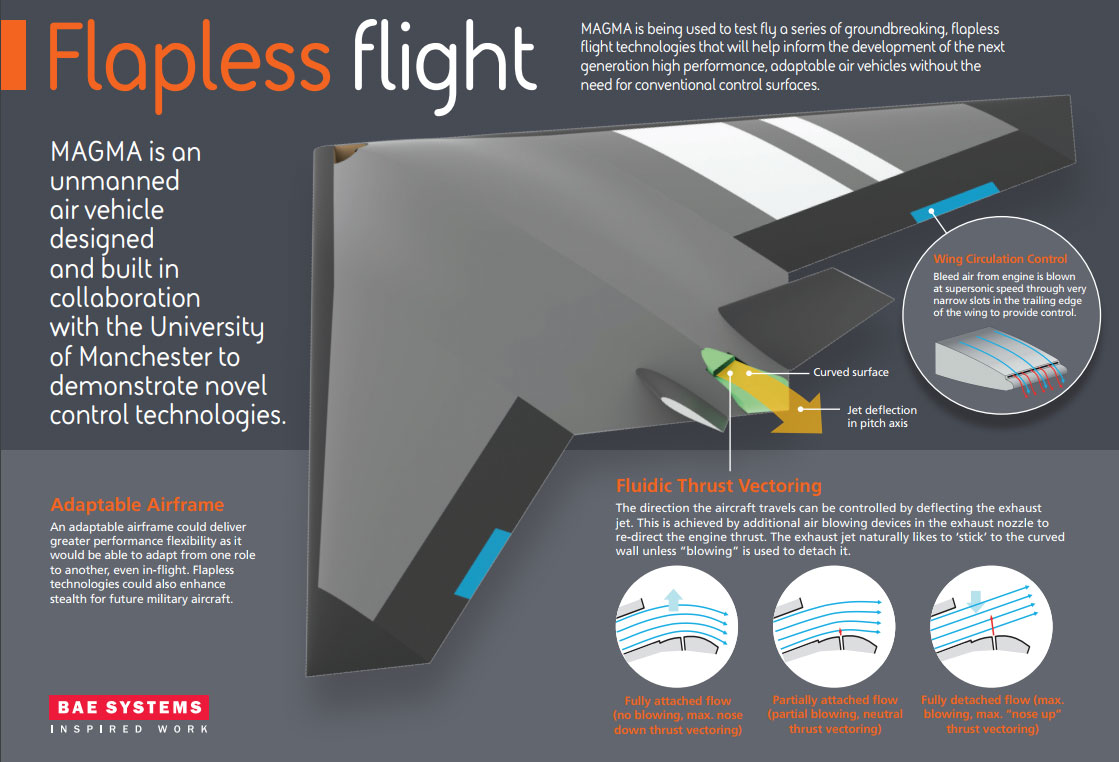