The U.S. Air Force Research Laboratory (AFRL) munitions directorate awarded two science and technology experimentation contracts for the first phase of development of a new cruise missile designed to defeat modern, integrated air defense systems (IADS). Under the Gray Wolf technology demonstration program, AFRL awarded $3 million to Lockheed Martin, and $2.8 million to Northrop Grumman to support research and development efforts over the next 18 months. Each company could receive up to $110 million to demonstrate its design – the total funding allocated for the Gray Wolf experiment over the next four to six years.

The secretive program, known as Gray Wolf, seek to demonstrate an affordable sub-sonic cruise missile platform that will employ networked, autonomous operation to enable such weapons to carry out swarm-like operations in highly contested environments (anti-access or area denied – A2/AD) when launched from long stand-off distances, away from the coverage of modern, advanced Integrated Air Defense Systems. IADS are characterized by the use of different types of anti-aircraft and missile defense weapons to the enemy an access to a protected airspace. Typical systems include long range Surface to Air (SAM) units such as the S-400 and S-500. Relying on vehicular assets those air deployable units can defend any location, as was clearly demonstrated in their deployment to Syria in recent years. The S-400 and its successor, S-500 can defeat aerial targets at ranges of hundreds of kilometers, and ballistic missiles fired from ranges of 2,500 – 3,500 km.

For self-defense, these long-range missile systems rely on other supporting elements that form an IADS. These include radars, datalinks, and command centers that form the operational unit, and self-protection systems, such as electronic warfare, decoys, and short-range air-defense (SHORAD) assets designed to defeat guided munitions (SA-15, SA-22). Protection of maneuver forces is also provided by the use of mobile or deployable air defenses systems (SA-15, SA-17, SA-22, S-350) along with associated radars and command elements.

Those formidable arrays create an airspace too risky for the operation of conventional air power and the support elements necessary for operations. Current techniques used to defeat IADS employ attacks by conventional aircraft, launching guided weapons employed from standoff range, and packs of decoys and cruise missiles used to saturate the defenses. Some of these weapons are designed to fly in coordinated groups, to simulate aircraft formations or deny enemy radars from spotting each individual target. These techniques require massive use of expensive, advanced weapons that can be used only in extreme circumstances.

The Gray Wolf experiment will introduce new, affordable cruise missiles that will be able to operate in an autonomous, networked fashion, and hit targets even in the presence of IADS or challenge those IADS with a cheaper yet effective weapon than those existing today. At their terminal phase, the weapons could employ a variety of means, from decoy and electronic attack to kinetic effects to deny, disable, or destroy specific elements of the air defense networks – fire units, radars and sensors, communications links or command and control sites.

The program is managed as a spiral program that includes the first phase that consists of rapid prototyping elements and follow-on phases that gradually expand the platform and its capabilities. Designed from the outset as an affordable weapon, developers of new cruise missile will employ modern approaches to automated, low-cost manufacturing of the air vehicles, sub-systems, and payloads, enabling the massive use of such weapons, as decoys or in scenarios expected to yield high attrition ratios. Other efforts are also being with decoys or reusable autonomous air vehicles (Gremlins) developed under parallel experiments by the Air Force and Strategic Capabilities Office. The two companies that have won awards have already developed cruise missiles for similar applications. Lockheed Martin developed the AGM-158 Joint Air/Surface Standoff Missile (JASSM) while Northrop Grumman developed the AGM-136 Tacit Rainbow in the 1980s – a standoff weapon designed for air defense suppression. Another design the Air Force considered in the late 2000s was a downsized JASSM – the Low-Cost Miniature Cruise Missile (LCMCM), designed by Lockheed Martin in the past decade. 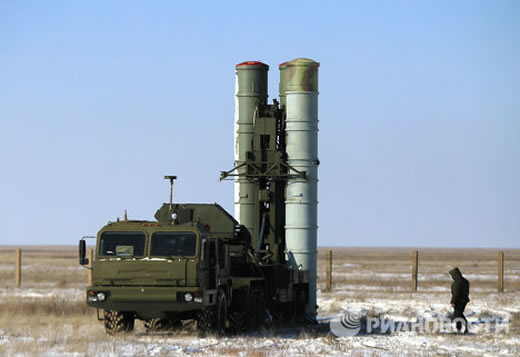 Russia to Introduce Prometheus, a Successor to S-400 in 2020 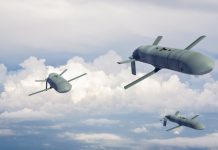 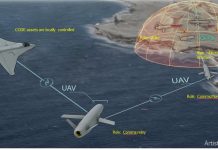