The new Offshore Patrol Vessel of the Cypriot Navy ‘Commodore Andreas Ioannides’ arrived in Larnaca, Cyprus Naval Analysis reported on Twitter. Cyprus ordered the OPV from Israel in December 2015, the vessel was built by Israel Shipyards Ltd. in Haifa. There is an option for a second boat while some days ago the Cypriot MoD announced that Cyprus will purchase two more offshore patrol vessels.

The mission of the OPV is to protect the Exclusive Economic Zone (EEZ) of Cyprus. Based on the SAAR 4 design the Cypriot OPV has a displacement of 430 tons, an overall length of 62 meters. The vessel is operated by 30 crewmembers and has accommodations to carry additional personnel or rapid response force. The OPV has advanced electro-optical and radar sensors and is armed with two Typhoon remotely operated guns. 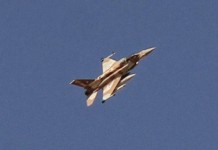