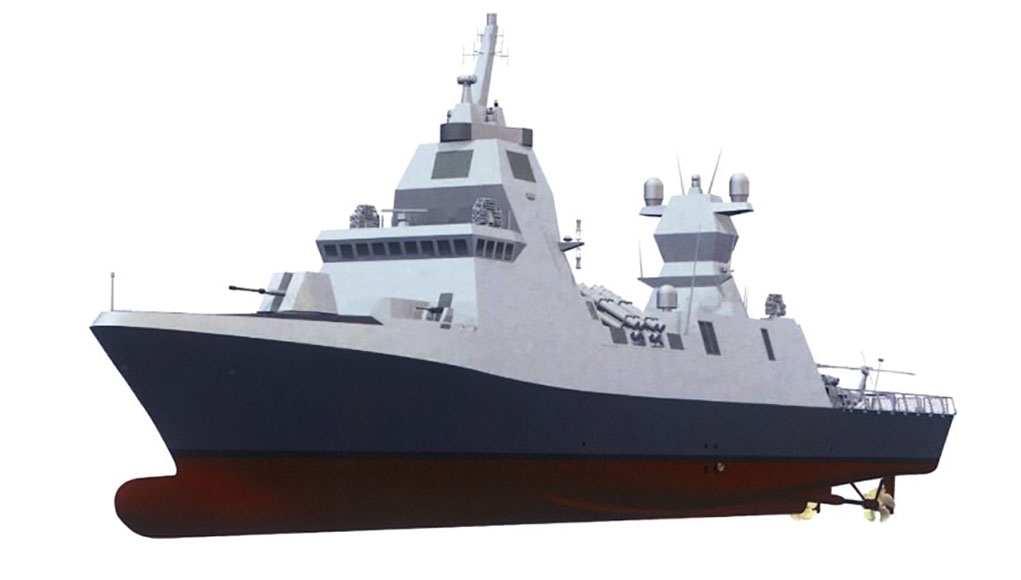 With the first of four Magen Class corvettes under construction at the ThyssenKrupp Marine Systems shipyard in Kiel, Germany, Israel’s Ministry of Defense (IMOD) is preparing the systems to be installed on those ships as they arrive in Israel, beginning in the next year.

As they arrive in Israel those vessels will be fitted with sensors, weapons and combat management systems, most of them from indigenous suppliers.

Israel Ministry of Defense (IMOD) began placing orders for the combat systems for those vessels.

Oמ August 14 Israel Aerospace Industries (IAI) announced it has entered an agreement to provide part of the air and missile defense systems to of the Sa’ar-6 corvettes. “The procurement of Barak-8 System for the Sa’ar-6 corvettes will expand the operational capabilities of the Israeli navy, including the defense of Israel’s territorial and exclusive economic zone.”

A week earlier Elbit Systems announced the receipt of an Israel Ministry of Defense (IMOD) order worth US$85 for electronic warfare systems destined for those ships. The contract will be performed over a 10-year period.

The EW systems to be supplied under the contract include digital receivers, signal processing technologies and analysis tools that are all of an open system architecture, thus enabling effective operational capabilities while maintaining flexibility to cope with both current and future threats.

“The increasing demand for our EW solutions is a clear indication for the growing operational importance of advanced and combat-proven EW capabilities in all domains of operational engagement – maritime, land and air.” Edgar Maimon, Executive Vice President and General Manager of Elbit Systems EW and SIGINT – Elisra, commented.

Subscribe to read the full version (730 words) of this article

According to IMOD, the first ship will be delivered in 2019 and all four ships are expected to be delivered by 2021. The vessels will be called INS Magen (Defense), Oz (Courage), Atzmaut (Independence) and Nizachon (Victory). “We will receive the ships in about two years, each one a few months after the last,” Commander of the Israel Navy, Major General Eli Sharvit said. “The arrival of the ships is expected to significantly change the face of the Navy and particularly our surface flotilla.”