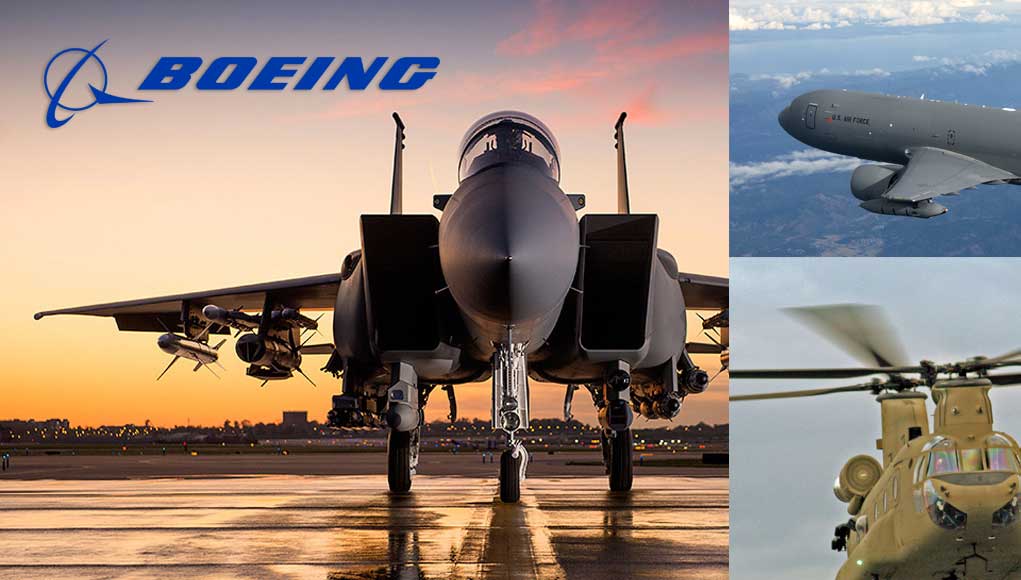 Boeing has agreed to spend billions of dollars in Israel over the coming decade if it wins major defense contracts, Israel’s Economy Ministry said on Tuesday. The “reciprocal procurement” agreement calls for Boeing to collaborate with Israeli industries for at least 35 percent of the value of any transaction it signs with the Israeli government. Reuters reports. The Israeli selection of new fighter, and heavy helicopter is expected before the year’s end.

Boeing is competing in Israel for a number of key Defence Ministry contracts, including the purchase of a squadron of the latest model of F-15 fighter aircraft, KC-46 aerial refueling planes, and CH-47F Chinook heavy transport helicopters, offered as a replacement for CH-53 aircraft bought from Lockheed Martin/Sikorsky over the past 40 years. As the total procurement package is estimated to cost about $10 billion, over the next decade, the agreement could be worth $3.5 billion in new business in Israel, the ministry said in a statement.

Until recently most of Israel’s foreign defense buying was allocated to Lockheed Martin, for the procurement of 50 F-35A 5th Generation stealth aircraft currently being delivered. These deals were financed by the US military aid to Israel, and have also earned several US$ billions in local contracts, both for the F-35 program and other business. Lockheed Martin has already subcontracted about $1.2 billion in Israel, associated with the current F-35 buy (50 aircraft) and has committed to reciprocal procurements worth up to $4.3 billion, if Israel increases its F35 fleet to 75.

In the past, Boeing and Lockheed Martin awarded significant orders to Israeli contractors, associated with F-15, and F-16 procurements. Israeli subcontractors have become favorable suppliers to US primes. While reciprocal procurement related to the F-16 was set at $1.2 5 billion, the total worth of Lockheed Martin buying in Israel, related to this multi-year project reached $2 billion.

“A reciprocal procurement agreement of this magnitude is a significant achievement that will lead to the growth of many companies in the economy, increase their activity and also their success in international markets,” said Economy Minister Eli Cohen.

The commitment Boeing has made is important for Israel, not only for its financial value but also helping local defense industries maintaining their deal flow over the next decade. In the past decade, many Israeli companies have earned government contracts paid by US military assistance. This agreement was changed recently, as Washington agreed to increase the annual military aid to Israel, but limited the spending to US company. If the recent agreement will fulfill its potential it could cover about 40 percent of the US Military aid spent locally in the past 10 years.