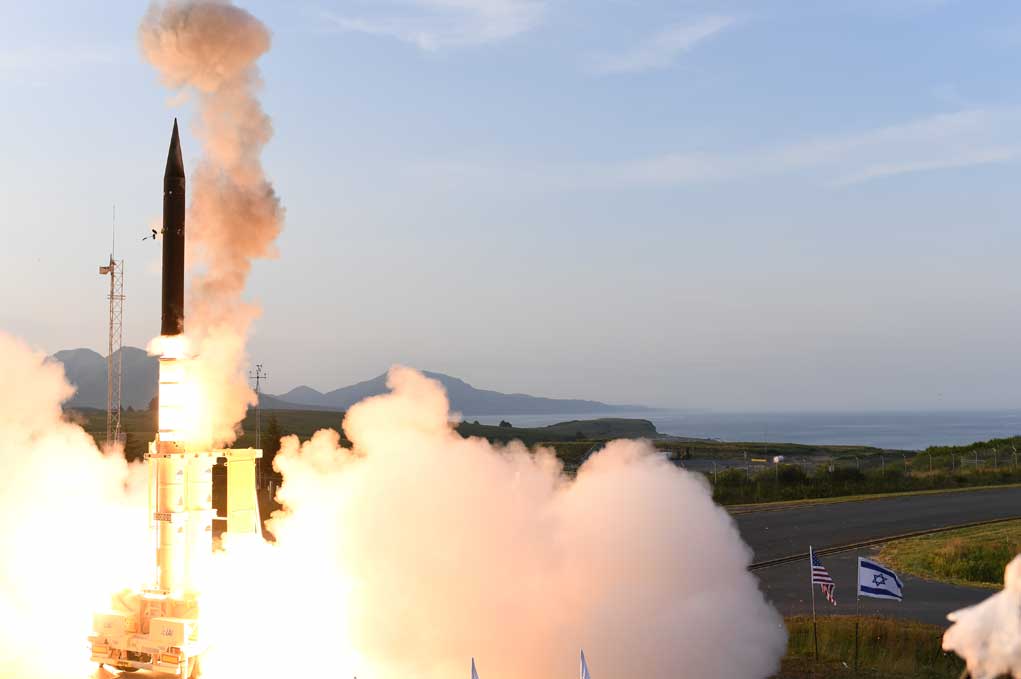 Flight Test Arrow-01 demonstrated the Israeli Arrow Weapon System’s ability to conduct a high altitude hit-to-kill engagement. The video that recorded the test clearly shows the sharp divert maneuver performed by the interceptor a fraction of second before the collision with the target, resulting in a direct hit that destroys the target. These tests were conducted at Pacific Spaceport Complex-Alaska (PSCA) in Kodiak, Alaska. “This unique success in Alaska provides confidence in future Israeli capabilities to defeat the developing threats in the region.” MDA Director Vice Adm. Jon Hill commented, adding: “We are committed to assisting the Government of Israel in upgrading its national missile defense capability to defend the State of Israel from emerging threats.”