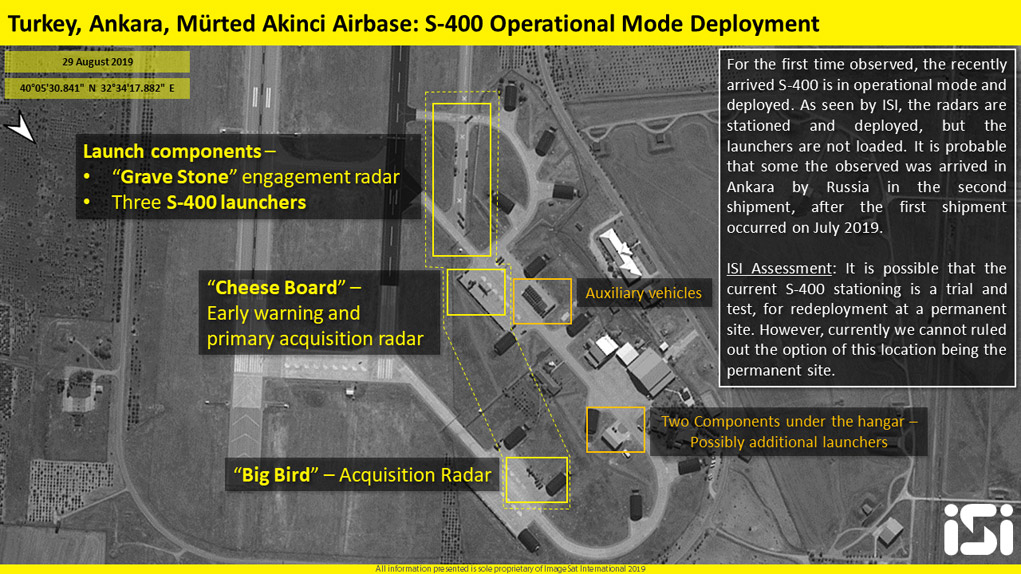 ImageSat International – ISI released today an intelligence report indicating what seems to be the first deployment of the new Turkish S-400 air defense unit. The deployment spotted on August 29, 2019, at Murted Akinci airbase in Ankara shows the S-400 battery in an operational mode deployment, including radars (‘Grave Stone’ engagement radar and ‘Cheese Board’ early warning and primary acquisition and ‘Big Bird’ acquisition radars), communications equipment, and missile launchers (on this event the launchers were not loaded with missile canisters). The first shipment of the S-400 unit was delivered by Russia in July, followed by a second shipment delivered in late August. According to the ISI intelligence assessment, the deployment at the airbase could be a trial before the unit is delivered to its permanent site. Photos and report Courtesy of: ImageSat International – ISI