Israel Ministry of Defense (IMOD) has signed an agreement with Israel Shipyards Ltd. (ISL) for the design of an advanced combat vessel for the Israel Navy (IN). The initial design phase will take over a year and is expected to follow with the construction of eight ships at ISL through the 2020s.

At a displacement of 850 tons, the Reshef Class mini-corvettes will be based on an extended version of Israel Shipyard’s extended S-72 design, becoming the largest combat vessel to be built by the shipyard. The propulsion system consists of a hybrid comprising diesel or a gas-turbine, combined with electric propulsion, providing high agility at high and low speeds.

As the larger Magen corvette, Reshef will likely carry a combination of air defense missiles including IAI Barak 8 and RAFAEL’s C-Dome. Such a combination improves the vessel’s self-protection and extends its area defensive capability defending the vessel itself and neighboring platforms against anti-ship missiles and ballistic threats. Another layer of defense consists of three trainable countermeasure launchers replacing the complex array of fixed and trainable decoy launchers currently used on the Hetz missile boats.

As with other IN combat vessels, most of the combat systems onboard will be of Israel’s defense industry produce. A dense weapon package is characteristic of the Israel Navy approach, which defined the Saar class among the most heavily armed vessels in the world.

Since the 1990s Israel refrained from building naval vessels in Israel, except for small patrol crafts. Funding the project under Israel’s local budget emphasizes the importance of naval operations as part of the 2020-2025 strategic plan.

“In our joint effort, we have succeeded in raising a NIS budget, which will keep the work in Israel, in spite of budgetary constraints,” Head of the Department of Production and Procurement in the Israel Ministry of Defense, Avid Dadon said.

The investment in the design and construction of main platforms to local defense industries marks a major shift in the IMOD policy. The project requires direct multiyear investments from IMOD local budget, rather than relying on foreign financial support (previous projects received generous funding from the US and Germany). With ongoing domestic procurement of naval weapon systems for Magen corvettes and Dolphin submarines, and growing export opportunities, naval programs become an important growth opportunity for Israel’s defense industries.

In addition to the design of the new corvettes, Israel Shipyard will build a large floating dock that will be able to maintain Israel Navy’s Dolphin submarines (2400 tons) and Saar 6 corvettes (1900 tons). This floating dock will enable raising the ships above sea level to enable the installation of Israeli combat systems onto the vessels and perform regular maintenance work on the vessels. The construction of the floating dock will span over two years at a cost of about $26 million (NIS90 million). The dock will enable the installment of Israeli combat systems onto the ships, following their arrival to Israel. The agreement also includes support and maintenance work for approximately ten years.

A Preliminary Analysis of the Reshef Class Corvette 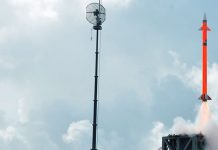