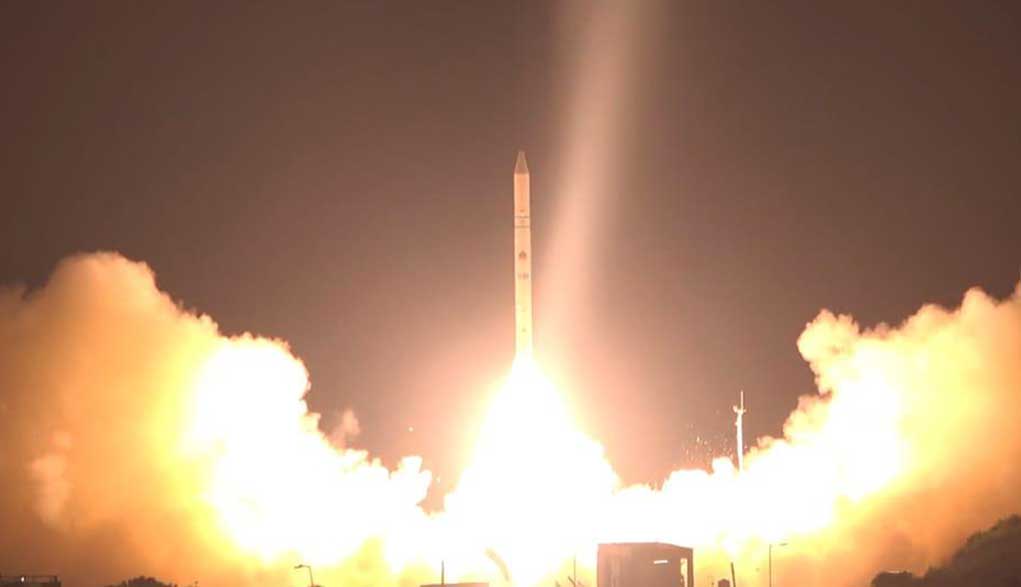 The Space Administration in the Directorate of Defense Research and Development (DDR&D), of the Israel Ministry of Defense (IMoD), and Israel Aerospace Industries (IAI), have successfully launched the “Ofek 16” reconnaissance satellite into space, on 6.07.2020, at 4:00 AM. The launch was performed from the Palmachim Airbase in Israel, a launch site based south of Tel Aviv in central Israel, using a “Shavit” launcher. (Updated)

The satellite began to orbit around the earth and transmit data, in accordance with original launch plans. IMoD and IAI engineers have started a series of preplanned tests to determine its propriety and performance level before it becomes fully operational. A week after the launch on 14 July IAI received the first images from Ofek-16. Once all in-orbit tests are completed, iMoD will deliver responsibilities to the Israel Defense Forces (IDF) 9900 Intelligence Unit, responsible for Israel’s reconnaissance and space operations.

“Ofek 16” is an electro-optical reconnaissance satellite with advanced capabilities based on IAI’s OpSat 3000 platform. “Ofek-16 is similar to the Ofek-11 launched four years ago.” Amnon Harari, Head of Satellite Administration in the IMoD said, “By adding more satellites of similar performance Israel can increase the coverage and revisit time of targets of interest.” During the initial period of operation, the satellite will undergo a series of tests to determine its propriety and performance level. Harari said the first images from the satellite are expected within a week.

The new satellite follows the deployment of Ofek 11 satellite by four years. The launch of Ofek 11 on 13 September 2016 was the most recent in the family. The first operational satellite in the family, Ofek 3 was launched on 5 April 2005. Its planned successor, Ofek 4 failed to reach orbit, but Ofek 5, launched on 22 May 2002 successfully deployed in orbit and continues to operate today. The iMOD announcement did not explain the whereabouts of Ofek 12 through 15.

The Space Administration in the Israel Ministry of Defense has led the development and production of the satellite and the launcher. IAI is the prime contractor, having assigned the program to its Systems, Missiles and Space Group, utilizing IAI’s Opsat 3000 platform. Together with the MLM division, which is responsible for the development of the Shavit-2 advanced satellite launcher. The satellite’s payload designated ‘Jupiter’ was developed by Elbit Systems. The launch engines were developed by Rafael Advanced Systems and Tomer, a government-owned defense company. Additional companies have participated in this program, including Rokar and Cielo.