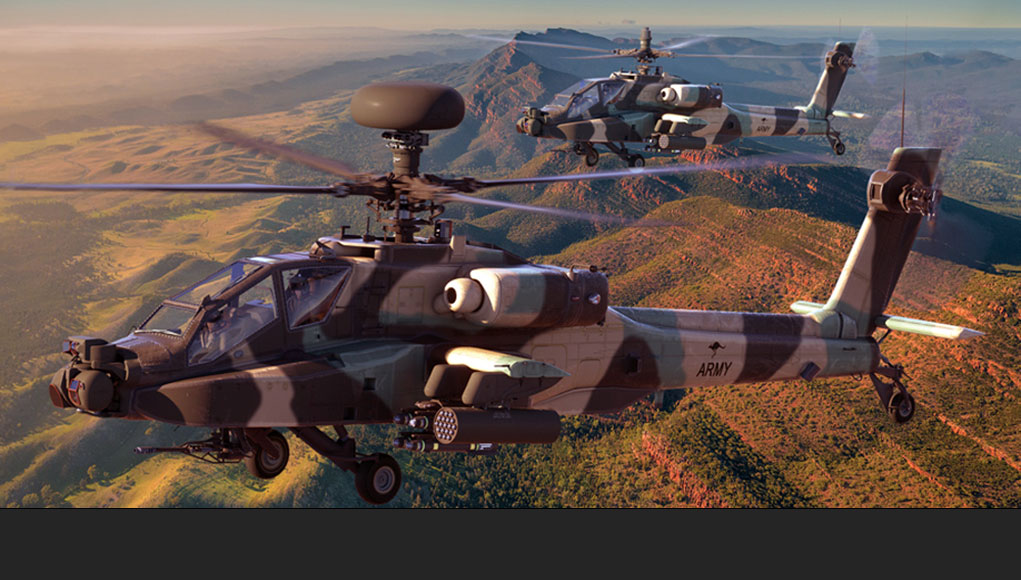 Australia formally selected the Boeing AH-64E as a replacement for the Airbus Tiger armed reconnaissance helicopter (ARH). The new helicopter is expected to enter service by 2025. Apache Guardian is equipped with improved sensors, communications suites, attack capabilities and improved survivability. “The Apache Guardian is the most lethal, most survivable and lowest risk option, meeting all of Defence’s capability, through-life support, security, and certification requirements.” Minister for Defence, Senator the Hon Linda Reynolds CSC said.

“Defence considered a number of helicopters against key criteria of proven ability, maturity and an off-the-shelf operating system.” Reynolds said, adding that, by pursuing a proven and low-risk system Defence will avoid the ongoing cost and schedule risk typically associated with developmental platforms. Given the challenges the Australian Army has faced in operating the Tiger ARH, Defence was clearly seeking a well-demonstrated, tested and capable platform that ticked the boxes for cost, introduction into service and sustainability.

In a commentary published in ASPI, Malcolm Davis compared the two helicopters. Both helicopters have similar weapons capacity, but differ significantly in performance and mission avionics. Compared with the Tiger, the Apache is a much heavier platform and it has half the range – 257 nautical miles versus 430 for the Tiger. The Apache’s suite of mission systems is fully developed, including advanced satellite communications and the Link 16 tactical data network. The Tiger has obsolescent radios, though an upgrade was in progress, and has an interim iTDL datalink developed by Elbit Systems, though not Link 16. These are major weaknesses, and the advanced digital connectivity of the Apache is a clear factor in its favour. In particular, the Apache can connect with and control armed drones through its manned–unmanned teaming (or MUM-T) system, a feature the Tiger lacks.

Moving to the Apache gets Australia into a very large user community—including many partners and regional countries, such as the US, Singapore, Indonesia, South Korea, Japan, Taiwan and the UK—which has benefits for interoperability, economies of scale, opportunities to learn from other users, and shared logistics.