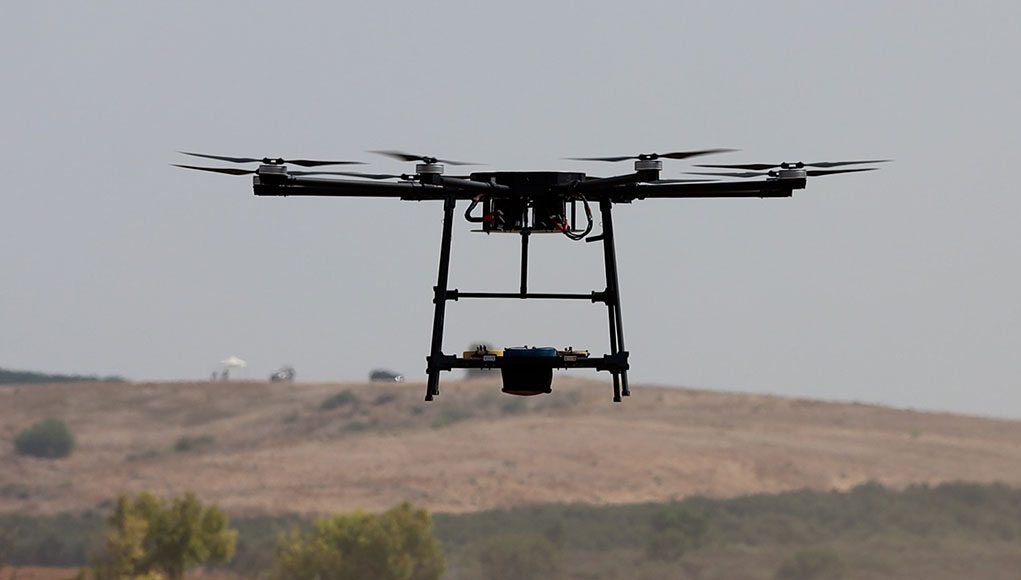 HevenDrones, an Israeli developer of heavy drones announced an alliance with US-based Plug Power (NASDAQ: PLUG), for the development and commercialization of hydrogen fuel-cell-powered heavy-lift drones and related support equipment and infrastructure required for their operation. Together, the companies plan to provide an integrated solution to power and refuel HevenDrones’ next-generation fleet with the key objective of providing extended flight times and range.

Bringing together HevenDrones capabilities in developing and manufacturing actionable heavy lift drones with Plug Power’s fuel cell stack technology and systems capabilities, the companies aim to develop hydrogen-powered drones of varying sizes capable of lifting heavy weights and flying for extended periods of time. HevenDrones’ proprietary stabilizing technology provides the capability to lift and move heavy and unbalanced and kinetic loads with applications across a variety of industries and markets.

This initiative is part of Plug Power’s strategy to bring its proven hydrogen ProGen fuel cell technology to new markets through engaging leaders in industries such as commercial aviation, aerospace, and now drones. The joint alliance is an important milestone for HevenDrones, which is already a leader in designing and producing heavy-lift and extended flight time drones. By leveraging the expertise of Plug Power’s technology, HevenDrones will dramatically enhance the capabilities of its proprietary heavy-lift actionable drone systems and open new markets and applications for its fleet of drones.

HevenDrones currently offers three versions of heavy lift drones, the Urban Heven, with 50 min. flight time lifting a payload of 10 kg payload, the H100 carrying a maximum payload of 45 kg on a 40 min., and the H250, capable of lifting a payload of 120 kg (250 lbs.) for 30 minutes. It is designed to lift highly unbalanced payloads and is small enough to operate from a pickup truck.

The effort will also include additional scopes of work to provide an entire hydrogen ecosystem, including, hydrogen supply, infrastructure, fueling, and refueling for drone applications. The carbon-free and eco-conscious hydrogen system will incorporate a lightweight Plug Power ProGen-based hydrogen fuel cell stack specifically designed for drone applications. In addition to the extended range and flight times, the hydrogen-powered drones will also positively contribute to the environment and set standards in clean energy drone transportation.

This initiative comes as Plug Power is significantly growing its aerospace fuel cell system capabilities, in line with the company’s vertical integration strategy. As part of this effort, Plug Power is expanding its ProGen platform for additional aerospace applications, including drones, UAVs, and aircraft with different weight restrictions and other unique requirements.

Through the 2019 acquisition of Montreal, Canada-based EnergyOr, Plug Power added fuel cells technology for UAVs to its wide product portfolio. Its systems have set several world records for endurance flights through the use of EnergyOr’s innovative and proprietary fuel cell technology. In March of 2015, EnergyOr powered the world’s first fuel cell multirotor UAV, and the technology was later used in conjunction with the French Air Force’s Centre d’ Expertise Aérienne Militaire (CEAM). In December 2015, the H2Quad 400 was developed, becoming the first fuel cell quadrotor in the world to operate outdoors in a real-world environment.