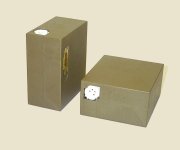 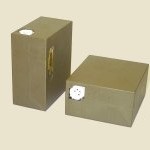 The most common battery is the BA 5590. This battery is rated at 7.2 Ah at 70 F and 5.6 Ah at -20 F. Based on the Li/SO2 chemistry, in use the US Military in communications applications over the past 10 – 15 years, this type was the only lithium technology currently available that has a proven successful record in combat situations. With a nominal 200 mA drain in typical use, the battery could provide 28 hours of operation at the minimum temperature.One of the leading manufacturers of BA 5590 is Saft. The company produces three versions of the BA 5590 battery: the BA 5590 Lithium Sulfur Dioxide and Lithium Manganese Dioxide (LiMnO2) are used as primary sources while Lithium Rechargeable (BA 2590 Li-ion) are gradually replacing some primary batteries in military equipment. In the period 1999 – 2003 Saft delivered 1,000,000 BA-5590 batteries to the US Military, and was the largest supplier of batteries during the 2003 war in Iraq.