In 1996 the Russian Motovilikha Plants Corporation fielded the latest of its Nona family, the 2S31 Vena, an automated self propelled mortar, with a longer barrel, (Russian 120mm 2A80) also firing the Gran laser-guided bomb against point targets to 13km range.

The known version was mounted on a BMP-3 chassis and has 70 rounds on board storage ( about twice as much as the former). A similar version was developed by the Chinese Army, designated WZ 551 6×6 mounted on an armoured personnel carrier. Finally, as the Russians seem to love super-big guns, they have designed the mammoth 420mm SP Oka mortar system, which was originally intended to fire tactical nuclear rounds. Fortunately it was never commissioned. 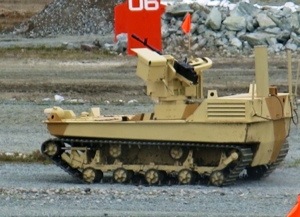