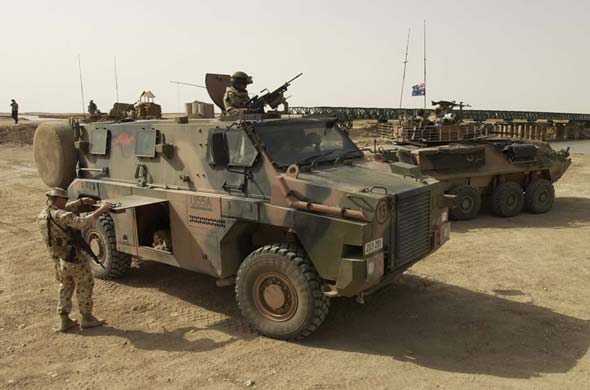 299 Bushmasters were procured, starting 2005 to equip the Australian Army’s 7th Brigade and the Royal Australian Air Force’s Airfield Defence Guards, under a A$316 million project. 26 vehicles were sent to Iraq, Operation Catalyst operating in support the coalition forces.

The Bushmaster can maintain speeds in excess of 90 km/h on Australian roads, with a range of up to 800km carrying nine infantry soldiers with sufficient supplies of food, water and ammunition to last three days. Each vehicle will be fitted with a weapon station capable of mounting the Army’s family of light machine guns. They have also been designed to deflect the effects of a landmine explosion, providing unprecedented protection to soldiers in the battlefield.

Following troops’ complaints about the lack of on-board facilities and limited protection, Australian MOD gathered feedback from crews of the 26 Bushmasters on operations in the Middle East to influence improvements for the Bushmaster.

According to Vice Chief of the Defence Force, Lieutenant General Ken Gillespie Lieutenant General Gillespie said that Bushmaster vehicles already provide crews with a high level of blast and ballistic protection, while future enhancements are being tested by the Defence Materiel Organisation (DMO) and Defence Science and Technology Organisation (DSTO). These tests cover ballistics, blast and handling to assess the effect of armor weight on the safe operation and capabilities of the vehicle.

In July 2006 the Government approved rapid acquisition of a protected, remotely operated weapon station for Bushmaster, improving survivability and surveillance capability for the crew. The first systems are expected to be fielded before the year’s end. Furthermore, a new prototype cooling system for the on-board drinking water tank is planned for field testing in October this year. In December 2006, Recon Optical delivered 44 Raven R-400 such systems to be integrated into the first batch of upgraded Bushrangers. 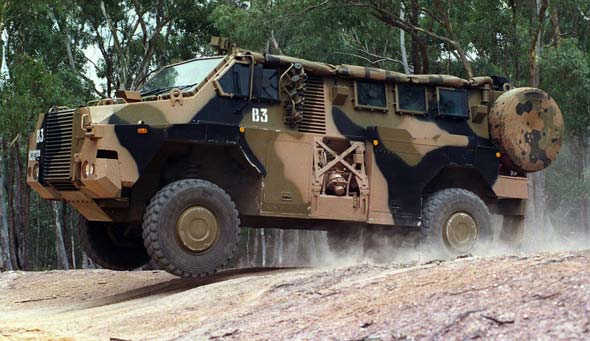