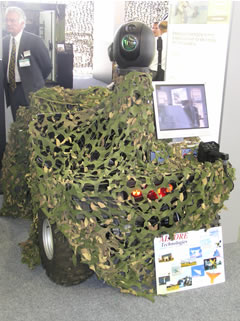 BOA will also employ a range of military robots, including unmanned aerial vehicles (UAV) and autonomous ground vehicles (UGV). Developments in this field were pursued by GIAT, with the implementation of the EBC mine breaching system, installed on the AMX-30B2DT tank.

Current operation is enabled at a range of 300 meters which will be extended soon to 2,000 m’. Another autonomous robot called Syrano is designed to collect battlefield information, primarily in urban scenario. It will have an operating range of 10km and enable target acquisition and designation of targets which are obscured or hidden from to the firing units, or beyond line of sight. Syrano in development by GIAT, Sagem and CAP Gemini. 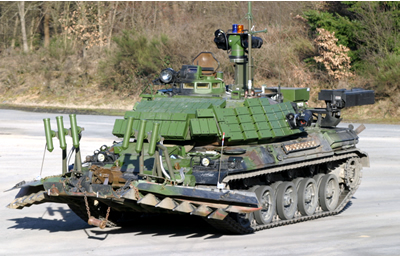