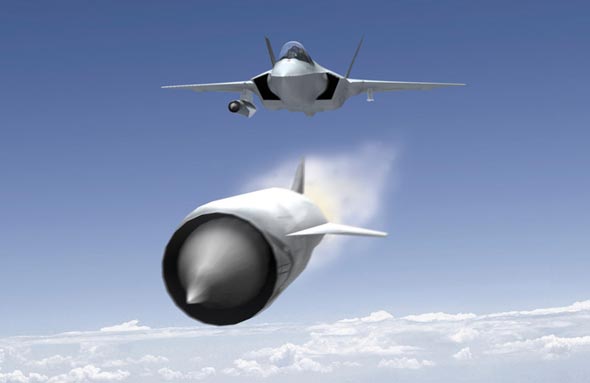 Revolutionary Approach To Time-critical Long Range Strike (RATTLRS) represents a new supersonic cruise missile concept, enabling warfighters to rapidly launch precision attacks against time-critical targets, from ranges of hundreds of kilometers. When planning RATTLERS missions, users will be able to adjust fuel consumption, speed and range to address a particular mission objective. Unlike current cruise missiles, depending on a lengthy and complex mission planning process, RATTLRS will feature much faster mission preparation, taking only few minutes. Missiles will be able to strike a target after flying a distance of hundreds of kilometers, within 30 minutes from target detection.

One of the main advantages of RATTLRS is its ability to cruise at variable speeds, including supersonic speed (Mach 3 – 4), using a high-speed turbine engine without a booster (afterburner). In supersonic mode, the turbine engine used in RATTLRS will be most efficient. This capability is translated to extended range, long mission endurance and reduced thermal signature. RATTLRS will be launched from tactical fighters and bombers. A derivative of the missile will be vertically launched from surface ships and from submerged submarines. The 2,000 lbs, 20 foot long technology demonstrator cruise missile will use the YJ102R turbine engine developed by LibertyWorks, (Rolls Royce North American Technologies).

The missile will have a range exceeding 500 miles, flying at supersonic speed, at an altitude of 70,000 feet. RATTLRS will be designed to flexibly accommodate various types of payloads, including unitary penetration warheads and submunition dispensers. The missile is designed to enable subsonic and supersonic submunition dispensing as well as direct attack with unitary warhead. Whether unitary or dispenser warheads are used, the high acceleration at supersonic speed increases the velocity of the missiles at an exponential rate, gathering maximum kinetic energy at the terminal phase. 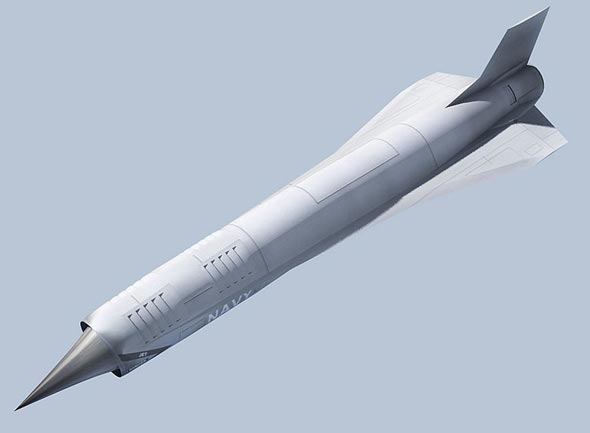 During the recent tests, a structure simulating the nose and inlet structure of the missile was accelerated to Mach 2+ supersonic speed and demonstrated clean penetration of concrete barriers while maintaining structural integrity. The test validated that lightweight penetrator warheads, when coupled with high-speed vehicles, provide the penetration depth of significantly heavier penetrators. Previous tests verified the submunition dispensing system, designed to overcome the complex dynamic flow associated with a supersonic weapon. The system uses an ejection device that closes up the airframe cavities to eliminate disruptive air flow and provide extra support to significantly reduce pitching and allow for more rapid stabilization.

RATTLRS is a technology demonstration program supported by the US Navy (Office of Naval Research ONR), USAF, NASA and other US government agencies. The prime contractor for the demonstration phase is Lockheed Martin.