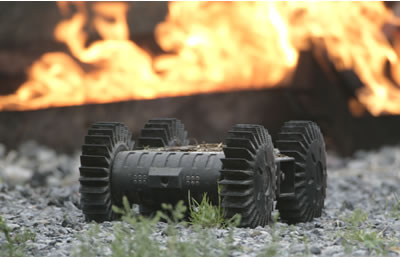 The spectrum of classical defense and security missions is being expanded today, to include conflict prevention and crisis management tasks, and fighting against international terrorism. As robotic technology matures, military robotics applications are offering more technological advantages.

In its military and security applications, robotic systems are offering an intelligent substitution of personnel, to carry out highly dangerous and tedious operations. Unmanned systems can keep human warfighters safer, by maintaining safe standoff distance from the scene of operation.

Traditionally the area of field robotics has been strong in Europe with a significant, but diverse portfolio of R&D efforts. It is, however, characteristic that there has been little coordination across the European countries. This results in a lack of joint strategic partners such as unified security and defense programs, and lack of European industrial players. It is thus essential to have strong efforts to push these technologies across the European arena. 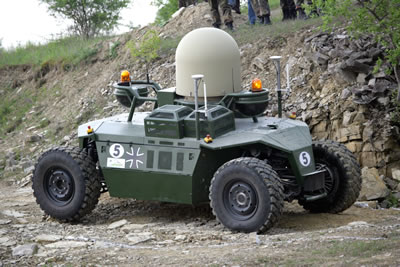 Facing this reorientation, and cost cuts in R&D activities, the European Robotics Group is organizing the “European Land-Robot Trial (ELROB)” in order to provide an overview of the European state-of-the-art in the field of UGVs with focus on short-term realizable robot systems. ELROB is explicitly designed to assess current technology to solve problems at hand. This event stimulates the development and promotion of innovative technical approaches that benefit the entire community of unmanned ground vehicles (UGV) developers.

So far limited efforts have been made on comparison of systems for such applications. In many cases tests have been performed nationally, if at all. ELROB is thus an important event in many respects. First of all it is the first successful initiative to compare the technologies across the major European actors. In addition it is an opportunity to bring together users, researchers and industry to build a community. It also provides benchmarking for identification of key problems to be addressed as part of future R&D efforts.

ELROB is a field test of UGVs on realistic terrain in urban and non urban environments. Entrants should be motivated to overcome the obstacles to the realization of truly robust UGVs. The event challenges the most capable and innovative companies, institutions, and entrepreneurs from Europe to produce breakthroughs in capability and performance. 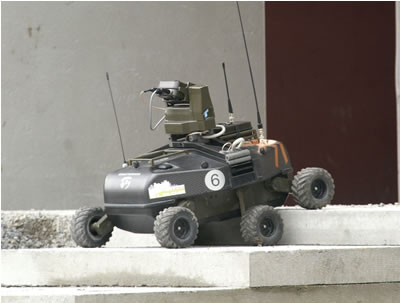 The first ELROB competition, held in May 2006 in Hammelburg, Germany has drawn widespread attention. 20 participants from five European countries gave an impressive performance for over 600 spectators coming from 19 countries all over the world. Representatives of military, border patrol, Special Forces, police, fire brigades, and civil protection agencies from the major European countries attended. ELROB 06 was accompanied by a technical exhibition covering a wide variety of robotics aspects. The event is professionally counseled by the Research Establishment for Applied Science and the NATO Research Task Group on “Military Applications for Multi-Robot Systems (IST-058/RTG-024)”.

A UK participant summarized: “We are all committed to demonstrating at ELROB cutting edge robotics technology, applied to real world applications, which can save lives now and shape the direction of research for the short and medium term. ELROB will enable Europe to re-engage in the benefits robotics can deliver now and the future.”
Motivated through the great success and the positive feedback from users, researchers and industry ELROB will carry on. Every even year it will focus on military domains while the Civilian ELROB (C-ELROB) every odd year will have its focus on the areas security and disaster control. 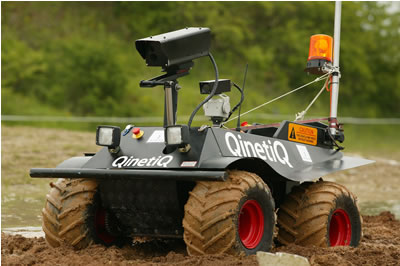