A US Government Accountability Office (GAO) released today the preliminary observations on the U.S. Army’s implementation of its equipment reset strategies. According to the preliminary report, due to reporting and tracking inadequacy, the Army is unable to confirm that the $38 billion that Congress has appropriated since fiscal year 2002 for equipment reset has actually been obligated and expended for this purpose. Lacking sufficient monitoring of actual reset spending, the report forewarns the Army cannot be assured its reset strategies will sustain equipment availability for deployed as well as non-deployed units while meeting ongoing operational requirements.

According to the Army’s fiscal year 2007 framework for reset and the Army’s force generation model implementation strategy, the goal of reset is to prepare units for deployment and to improve next-to-deploy unit’s equipment on hand levels. However, since the Army’s current reset planning process is based on resetting equipment that it expects will be returning to the United States in a given fiscal year, and not based on an aggregate equipment requirement to improve the equipment on hand levels of deploying units, the Army cannot be assured that its reset programs will provide sufficient equipment to train and equip deploying units for ongoing and future requirements for the Global War on Terrorism.

The Army defines reset as the repair, recapitalization, and replacement of equipment.

Repairs can be made at the field level or national (depot) level. Army field level maintenance is intended to bring equipment back to the 10/20 series Technical Manual standard, is done by soldiers augmented by contractors, as required, and is usually performed at installations where the equipment is stationed.

Recapitalization includes rebuilding of equipment which could include: extending service life, reducing operating and support costs, enhancing capability, and improving system reliability. The Army recapitalizes equipment either at Army Materiel Command depots or arsenals, the original equipment manufacturer, or a partnership of the two.

In addition to meeting these short term requirements, the Army’s reset strategy has included funding requests for certain items to accelerate achieving longer-term strategic goals under the Army’s modularity initiative.

For example, in addition to the planned fiscal year 2007 national level reset of almost 500 tanks and more than 300 Bradleys expected to return from the OIF theater, the Army also intends to spend approximately $2.4 billion in fiscal year 2007 reset funds to take more than 400 Abrams tanks and more than 500 Bradley Fighting Vehicles from long-term storage or from units that have already received modernized Bradleys for depot level upgrades. These recapitalizations will allow the Army to accelerate their progress in achieving a modular force structure by providing modernized Abrams and Bradley vehicles to several major combat units 1 or 2 years ahead of schedule. The Army believes achieving these modularity milestones for Abrams tanks and Bradley Fighting Vehicles will achieve greater commonality in platforms that will enable force generation efforts and reduce overall logistical and financial requirements by reducing the number of variants that must be supported. 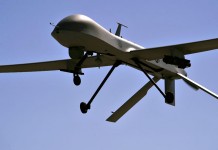