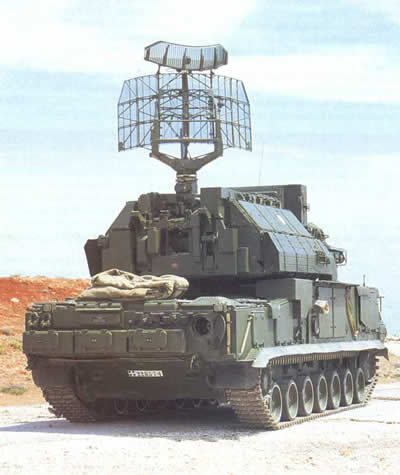 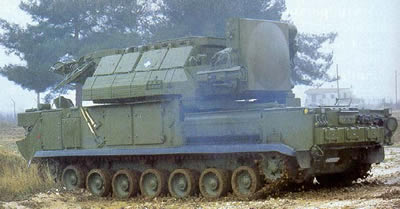 The TOR-M1 surface-to-air missile system is a mobile, integrated air defense system, designed for operation at medium-, low- and very low –altitudes, against fixed/rotary wing aircraft, UAVs, guided missiles and precision weapon. The system is capable of operating in an intensive aerial jamming environment. The system is comprised of a number of missile Transporter Launcher Vehicle (TLV). A Russian air defense Tor battalion consists of 3 – 5 companies, each equipped with four TLVs. Each TLV is equipped with 8 ready to launch missiles, associating radars, fire control systems and a battery command post. The combat vehicle can operate autonomously, firing from stationary positions or on the move. Set-up time is rated at 3 minutes and typical reaction time, from target detection to missile launch is 5-8 seconds. Reaction time could range from 3.4 seconds for stationary positions to 10 seconds while on the move. Each fire unit can engage and launch missiles against two separate targets. 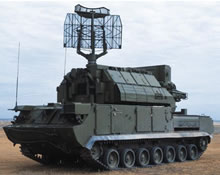 Tor M1 can detect and track up to 48 targets (minimum radar cross section of 0.1 square meter) at a maximum range of 25 km, and engage two of them simultaneously, at a speed of up to 700 m/sec, and at a distance of 1 to 12 km. The system’s high lethality (aircraft kill probability of 0.92-0.95) is maintained at altitude of 10 – 6,000 m’. The vertically launched, single-stage solid rocket propelled missile is capable of maneuvering at loads up to 30gs. It is equipped with a 15kg high-explosive fragmentation warhead activated by a proximity fuse. The system is offered as fully integrated tracked combat vehicle, or as a modular combat unit (TOR-M1T) comprising a truck mounted mobile control module and launcher/antenna units, carried on a trailer. Other configuration include separated towed systems, as well as shelter-based systems, for the protection of fixed sites.

The missile is also effective against precision guided weapons and cruise missiles. In tests the missile demonstrated kill probability of such targets ranging from 0.6 to 0.9. 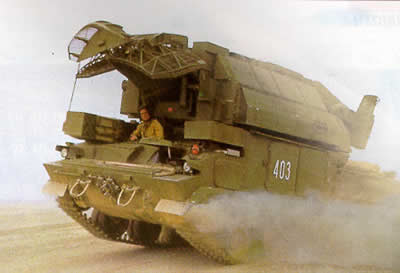 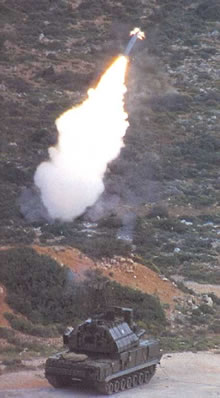 The first operator of the Tor system was the Russian Army Air-Defense, which operates 100 units of the SA-15 Gauntlet variant. The Russian navy also uses the naval version known as SA-N-9. China bought 50 systems and possibly 25 more, between 1997 and 2002. The Greek army fielded 21 Tor M-1 systems. Most recently (December 2005) Iran was reported to sign a deal worth US$ 1.0 billion covering the procurement of up to 29 TOR M-1 missile systems, modernization of air-force systems and the supply of patrol boats. The system was also proposed to several other countries. The TOR component of the deal was reported to be US$700 million. Deliveries of the TOR systems began in November 2006 and by the year’s end, over half of the order has been fulfilled. On January 16, 2007 Russia announced that deliveries were completed. Russian defense minister Sergei Ivanov confirmed the delivery and added that Moscow will continue to develop military and technical cooperation with Tehran. This could hint on further sales of S-300 air defense missiles, which were requested by Iran for several years, but so-far denied by Russia. The delivery was completed about 12 months ahead of time. According to the original schedule, completion of deliveries were expected to continue through 2008. (more from freerepublic). The Russian Press indicated on January 30, 2007 that Venezuela is also interesting in aquiring Tor M1 systems at an estimated cost of US$290 million. Venezuela plans to have the new systems interoperable with new radars and fighter jets recently bought from China and Russia.