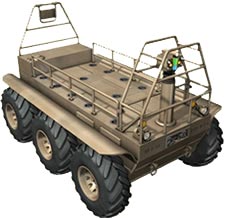 SMSS is designed to carry enough loads to support a single squad, and utilizes a sophisticated management system to enable autonomous movement over rough terrain, as well as amphibious capability for crossing rivers and marshes. The SMSS’ supervised autonomy will provide the warfighter with a reliable squad-sized vehicle which will improve combat readiness, while assuring re-supply channels and casualty evacuations. The vehicle cost is expected to be around US$200,000 per unit. Lockheed Martin is expecting a market for 4,000 such vehicles. The company is planning to introduce an operational SMSS by 2009. While SMSS is expected to assume part of the roles planned for the Future Combat Systems’ (FCS) dismounted infantry support vehicle (MULE), Lockheed Martin does not expect this vehicle to become a competitor for their MULE.

The vehicle was introduced by Lockheed Martin in August 2006, and was displayed at the AUSA 2006 exhibition. robotics program, funded by Lockheed Martin as an independent research and development project, will provide manned and unmanned transport and logistical support to the Light and Early Entry Forces. 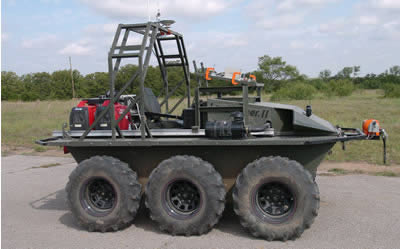