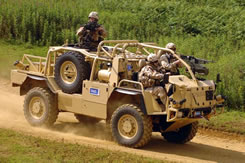 The Playmouth based DML Company will supply the British Ministry of Defence (MoD) with Mobility Weapons-Mounted Installation Kit (MWMIK) to be used for long range patrols in Afghanistan. MWMIK continues a long tradition of long range desert patrol vehicles, pursued by the British forces since the early 20th century, and clearly demonstrated its validity in the Western Desert in WW2 and during the first gulf war.

These highly mobile, off-road platforms are based on a Supacat design, offering superior cross-country mobility and flexible aerial deployment options. While the basic chassis is unarmored, but since MWMIK has larger payload capacity, compared to previous Land Rover based vehicles, it could be installed with add-on protection where required. The vehicle is powered by a Cummins diesel engine and an Allison transmission. The chassis will be built by Universal Engineering.

The vehicle is designed to be equipped with armor protection while maintaining full performance. Its top speed is 80 mph. Typical weapons which can be mounted on three pintle mounted gun mounts include .50 caliber machine gun, 7.62 machine guns and an automatic grenade. The vehicle carries up to three soldiers with their individual weapons. DML has also recently been awarded a separate contract for a number of MEP (Military Enhancement Program) vehicles. These are 6×6 load carrying all-terrain vehicles based on the same technology as MWMIK. 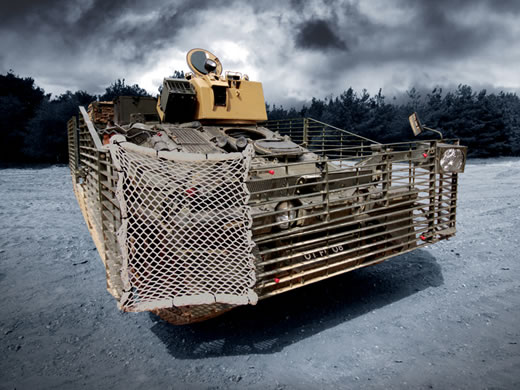