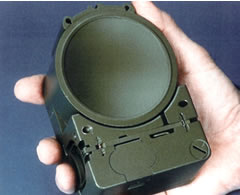 The U.S. Special Forces will soon get the M4E1 Selectable Lightweight Attack Munition (SLAM), an improved version of the currently used hand emplaced munition which was fielded in 1994. The munition uses an explosively formed penetrator (EFP) warhead capable of defeating vehicles and other targets from 5 inches to 25 feet. The new and improved version combines magnetic and passive infra-red sensing for overpass and side-pass attacks. It has seven pre-selected fusing presets, for up to 24 hour delay. Aiming has also improved, with the addition of omega sight, snap-on laser sight. The SLAM uses mounting straps and fasteners for improved transportability and rapid mounting on natural or man-made objects. 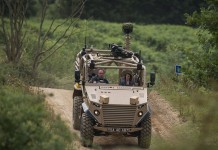