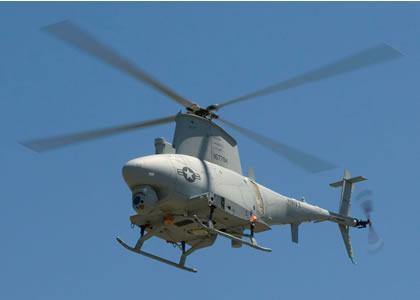 The Navy plans to have the FireScout ready by early 2009, for technical evaluation aboard an FFG-7 Oliver Hazard Perry-class frigate, to be followed by Operational Evaluation (OpEval) in the summer 2009. The Fire Scout is expected to reach Initial Operating Capability soon after OpEval in 2009.
The Fire Scout TCDL, developed by Cubic Corporation, provides real-time wide-band imagery and other information to the land- or ship-based control segment. For shipboard use, the airborne TCDL will communicate with the ship’s TCDL terminal. A Fire Scout payload interface unit allows the TCDL and payload interface to remain independent of flight-critical functions. This permits future payloads to be easily integrated without impacting flight critical functionality.