In a new study, “The Market for Light Military Rotorcraft,” Forecast International projects that 2,176 light rotorcraft will be produced for military use during the 10-year period from 2008 through 2017.

The Connecticut-based firm estimates the value of this production at $22.3 billion, in constant 2008 U.S. dollars. The new study generally defines a rotorcraft as “light” when it has a maximum gross weight of less than 6,804 kilograms (15,000 lb).

A number of factors are driving the growth in the light military rotorcraft market. One is the ongoing restructuring of U.S. Army aviation, which involves a number of new procurement programs. Two of these programs, the troubled Armed Reconnaissance Helicopter (ARH) and the Light Utility Helicopter (LUH) produced by EADS, will see the Army take delivery of hundreds of new light helicopters in coming years.

While LUH is progressing well, ARH encountered problems right from the start and is currently moving to a new competition, after the cancellation of the contract awarded to Bell in 2005, for the production of 368 helicopters that would replace the OH-58D ‘Kiowa Warrior’ currently used in this role. Replacement of this helicopter has been long overdue, as it was originally scheduled to be replaced by the Army’s futuristic stealth rotorcraft known as RAH-66 “Comanche” which has also been axed in 2004. Following the termination of the Armed Reconnaissance Helicopter (ARH) contract with Bell Helicopter the U.S. Army is currently reassessing the ARH performance requirements in an attempt to fulfill the critical, long overdue requirement for scout helicopters.

The Army plans to acquire up to 512 new Armed Reconnaissance Helicopters capable of operating at low to medium altitude (hover out of ground effect at 6,000 ft/95 degrees Fahrenheit). While the armed scout carries weapons, its primary role is reconnaissance. Most targets detected by the helicopters will be engaged by other platforms, while the ARH has its own weapons, which could be employed for self defense or against targets of opportunity, when the situation dictates rapid actionable response. The world market for lightweight helicopters is growing, the choices of armed helicopters that the US Army can choose from are quite limited –the Boeing company OA-6 ‘little bird’, which is already operating with the US Special Operations Command and the Bell 407 that already won the Army’s selection but failed to deliver.

Although Bell lost the contract with the same aircraft, the new program could involve buying more aircraft and could enable the company to better price their offer. After winning the ARH contract Bell realized the work involves excessive costs that turned this program into a loss-making venture. Bell was hopeful that an increase in production volume could streamline the program into profitability but after losing the Indian Army tender to Eurocopter in 2007, and an estimated cost increase of 40%, the ARH had nowhere to go.

Only a year passed, and the arena has changed dramatically. Eurocopter lost their Indian contract, which is moving back into a competition, but on this round the stakes are higher. The Indian Army and Air Force have merged their requirements doubling their planned buy from nearly 190 to about 384 helicopters.

The US Army is gearing to reopen the ARH competition, which will aim at increased quantities. New competitors are appearing as well, Boeing is back on the line, reopening their OA-6 (MD500) production line to provide for international orders for about 24 helicopters. These came just in time for Boeing to warm up its engines for the next ARH round.

Worldwide, light helicopter platforms are abundant from well established players such as Bell, Sikorsky, Eurocopter and Agusta Westland. According to Forecast International Senior Aerospace Analyst Raymond Jaworowski, “Manufacturers are striving to ramp up production of civil and military models alike. At the same time, they are pressuring and cajoling their suppliers to accelerate component production.”

Market share projections included in the new Forecast International study indicate that Eurocopter and Bell will be the top two manufacturers in the light military rotorcraft market during the next 10 years. Eurocopter will lead in units produced, while Bell is expected to be second. The order is reversed in terms of value of production, with Bell taking the top spot and Eurocopter placing second. The projections indicate that AgustaWestland will be third, and Hindustan Aeronautics Ltd (HAL) will be fourth, in both unit production and value of production. 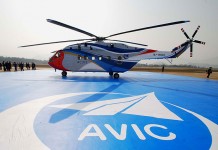 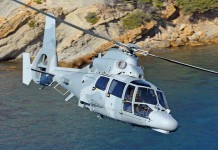