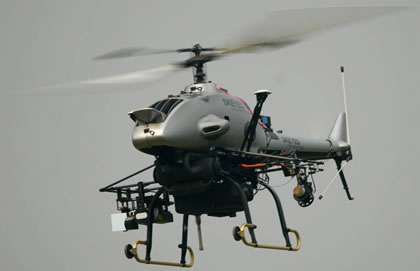 In a recent test sponsored by the U.S. Army’s Aviation Applied Technology Directorate, a team lead by Lockheed Martin Advanced Technology Laboratories (ATL) demonstrated how the flight paths of multiple, small UAVs could be planned, safely separated and dynamically deconflict, with minimal communications and processing resources. The system employed for the demonstration was based on a new version of Lockheed Martin’s Unmanned Aerial Vehicle Airspace Management System (UAMS) operating as a battalion level aerial vehicles command and control system.

Operating as a battalion echelon system UMAS demonstrated its ability to deconflicts flight paths, utilizing integral sensors supporting “see-and-avoid” functions on board, avoiding obstacles and other aircraft. These utilities were developed as part of the UMAS in the past three years. According to David Van Brackle, ATL’s UAMS project manager, this work will improve safety and mission success for future UAV systems.

Brackle’s team distributed the processing of the airspace management and deconfliction problem through the different aerial vehicles, each operating an ‘intelligent software agent’, linked to the ground based ‘airspace manager’. The system separates deconfliction into three activities: maintaining situational awareness and common, relevant operating picture; detecting conflict; and modifying flights paths. UAMS performs these activities on a centralized server or distributes them to the UAVs for deconfliction. It can also use a combination of both techniques, dynamically shifting among the three performance approaches based on the situation, user-defined policies based on terrain, communications load, server load, and other factors.

UAMS also uses sensor input to detect and react to obstacles, giving the UAV a “see-and-avoid’ capability, allowing the UAV to react quickly while UAMS deconflicts the new path with other UAVs. UAMS works over a range of operational environments, from large rolling terrain to smaller urban airspaces.