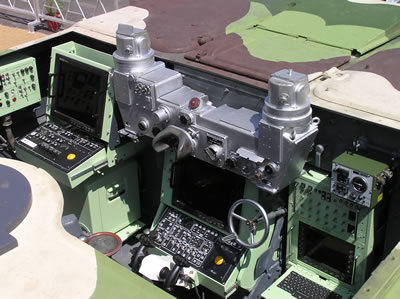 One of the most popular Self propelled Anti-Aircraft Gun (SPAAG) is the Shilka – ZSU-23/4. In recent years many upgrades were proposed for the system. One of the packages is produced by Ulyanovsk Mechanical Plant in Russia. the upgrade include the RPK-2 radar based fire control system, with a digital computer and link to a remote surveillance and targeting data source. Other additions include optical sensors, that enable the system to engage targets even with a silent radar. Other upgrades include the integration of Igla (SA-18) missiles, in the ZSU-23-4M5 and the replacement of the quad gun with a twin barrel Tulamashzavod 2A38M 30mm cannons (also used in the 2S6M Tungushka). ZM Tranow of Poland, which produced the two-barrel ZSU-23-2 under licensed mounted the system on a 2S1 howitzer chassis, integrated with four ready to fire, remotely controlled Grom lightweight anti-aircraft missiles. One mount in a battery of six will also mount an EO FCS.

Another upgrade is pursued by the Indian Army. Here, the ZSU-23/4 Shilka mobile gun system is receiving new propulsion, and fire control system, based on an integrated multi-sensor system developed under cooperation between the Indian company Bharat Dynamics and Israel’s Aerospace Industrie’s MBT.

The modernized vehicle was displayed at Aero India, installed with a new 359 BHP Caterpillar main diesel engine and auxiliary power unit delivering 51 BHP, a pedestal mounted radar, thermal imager, daylight TV and laser rangefinder enabling the vehicle to operate in passive or ’emitting’ search mode. The radar can detect targets at a range of 15km and track multiple targets at 9 km. The passive optronic sensor can operate independently of the radar detecting and tracking aerial targets as far as 8 km away. The four 23mm guns are effective at a range of 2,500 meters and altitude of 1,500 meters. The vehicle is fitted with two operator consoles, providing complete situational picture, in addition to target tracking for specific engagements. The system will be capable of receiving target cueing from remote sensors, such as air surveillance radar. The new system has an option to integrate missile systems in the future.