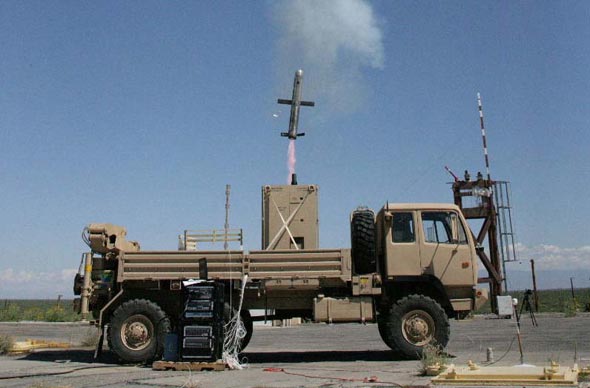 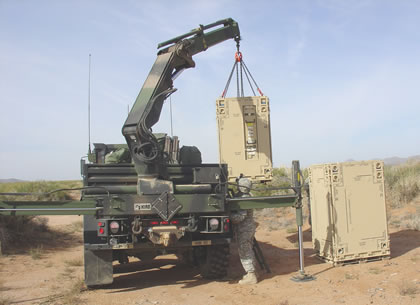 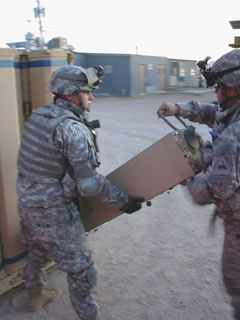 Using the two-stage boost-sustain rocket motor and GPS/INS to navigate to the designated target area, PAM can reach targets at a maximum range of 40 km. At close proximity to the target the missile employs automatic target acquisition and terminal guidance system, using the uncooled imaging infrared or semi-active laser seeker, to hit the target with high precision. The PAM can also be directed to hit a specific location, utilizing GPS/INS guidance to navigate to the predefined grid coordinates. The missile is loaded with high explosive shaped charge with fragmentation wrap, defeating armored and soft targets alike. Each Command Launch Unit (CLU) contains 15 ready to fire missiles and one computer and Communications System (CCS) handling the system’s networking and control.

Operating as networked assets, CLUs are operated as unattended units, remotely controlled directly by the supported unit. The CLU can fire missiles individually or dispense all missiles at a rapid succession in 5 seconds intervals. Being platform independent, loaded CLUs can be positioned at forward operating bases or pre-positioned in forward areas to support an unfolding operation. CLU  can be moved on tactical vehicles (HMMWV) or medium trucks (FMTV), sling loaded under UH-60s or air-dropped form C-130.

By late 2009 the XM-501 performed a live test flight demonstrating the full capability of the Precision Attack Missile (PAM) using a live warhead. The missile was launched from the NLOS-LS container launch unit (CLU) and used its on-board, semi-active laser seeker to detect, lock on and destroy a stationary BM-21 rocket launcher at a range of 38 kilometers (23.5 statute miles). “The success of this test means we’re only steps away from putting this capability in the hands of soldiers and sailors” Said Scott Speet, executive vice president of NetFires LLC and Raytheon’s NLOS-LS program director.

“This test proves NLOS-LS is going to revolutionize the BCT’s ability to strike targets with beyond line-of-sight lethality for both stationary and moving targets,” commented Col. Doug Dever, the U.S. Army’s NLOS-LS project manager. NLOS-LS takes targeting information from the command and control cell and sends it to the NLOS-LS CLU’s computer and communications system for initial missile targeting. The missile can also use the command and control cell’s targeting information for in-flight updates.

During the test, the PAM missile received a tactical representative target location error, joined the network with its on board radio and operated as a node on the net throughout the flight. Prior to impact, the missile sent back a terminal target image to the Advanced Field Artillery Tactical Data System.