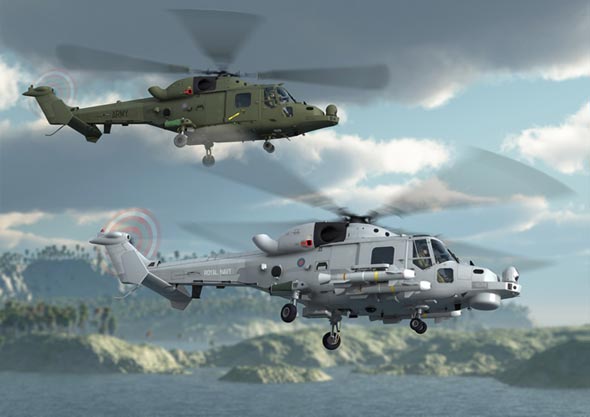 The Lynx Wildcat (AW159) multi-role military helicopter has successfully completed its maiden flight at AgustaWestland’s Yeovil facility (video), with AgustaWestland Chief Test Pilot, Donald Maclaine, at the controls. This first aircraft is one of three helicopters being built, for the flight testing program, scheduled for 2010. Delivery of the first of the 62 multi-role military helicopters is expected in 2011. The Lynx Wildcat is scheduled to become fully operational with the British Army in 2014 and the Royal Navy in 2015.

The six-ton class helicopter comes in two versions. The Royal Navy variant will provide an agile maritime capability providing anti-surface warfare capability and force protection and will operate in support of amphibious operations and be an important element in defending ships against surface threats. Both versions will have a high degree of commonality, enabling the military to switch roles easily, principally through the changing of role equipment. The AW159 is powered by two new generation CTS800 engines, each capable of continuously producing 1281 shp giving the aircraft exceptional hot and high performance. The aircraft has an all up mass of 5,790 kg with a built in capability to increase that to 6,250 kg. 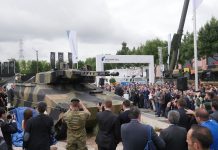