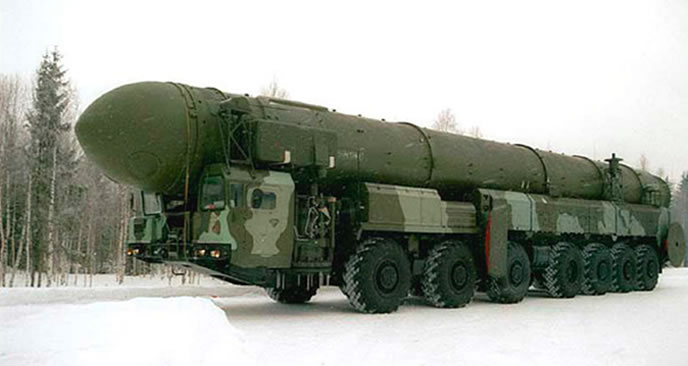 According to the new SMF commander, Lt. Gen. Andrei Shvaichenko, Moscow expects to complete the rearmament of the second missile regiment with the 54th Strategic Missile Division near the town of Teikovo, stationed about 150 miles (240 km) northeast of Moscow. The first regiment operating mobile missiles is already operating at the base with a sixth regiment of silo-based Topol-M systems to become operational with the Tatishchevo Missile Division near Saratov in southwestern Russia in 2010.

Russia currently operates six types of silo-based and mobile ICBMs, comprising the heavy Voyevoda (SS-18 Satan), capable of carrying 10 warheads, and the Topol-M systems. SS-18 missiles are being upgraded through life extension programs, increasing their storage life to 31 years while the lifespan of SS-25 Topol and RS-20B missiles are extended to 23 years.