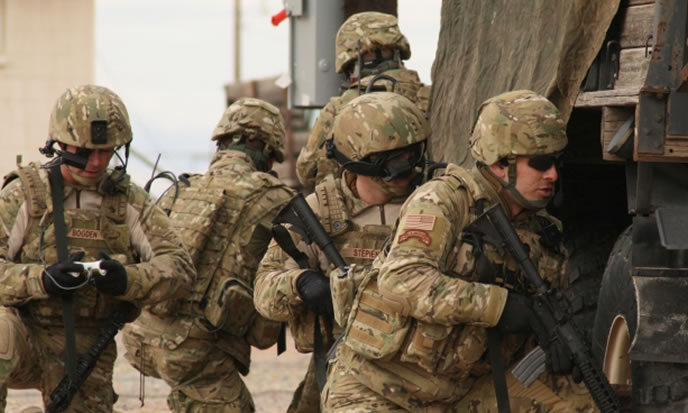 Following four months of evaluations of alternative camouflage pattern colors, the U.S. Army selected the MultiCam pattern for the uniforms provided for all soldiers deploying to Afghanistan in support of Operation Enduring Freedom, starting the August of 2010. Multicam Gear will be shipping to units in Afghanistan by October 2010.

Unlike conventional camouflage that blends into the environment by color matching, the MultiCam camouflage pattern patented by Brooklyn NY based Crye Precision is designed to blend and reflect some of the surrounding colors of the environment, thus blending in with the environment. The new pattern is designed to deceive the human eye and brain to accept the concealed object as part of the background. Furthermore, the pattern’s complex, curved elements are shaped to efficiently maintain concealment by effectively managing scale and contrast at long and close range.

The U.S. forces encountered problems with their camouflage patterns soon after the invasion into Afghanistan in 2002, as warfighters deployed to the mountains of Afghanistan and the deserts of Iraq wearing Desert BDUs and Woodland gear. To improve and standardize the uniform the Army introduced the Army Combat Uniform in 2004, applied with the pixelated Universal Camouflage Pattern (UCP). Since then, more than 26 improvements have been implemented with the ACU.

A new initiative to improve the camouflage patterns for Afghanistan was launched by fall 2009, when two battalion-size elements in Afghanistan were equipped with uniforms and associated gear in patterns other than the standard-issue universal camouflage pattern (UCP).  One unit received uniforms and gear in MultiCam, and the other in a variant of UCP known as UCP – Delta was used another battalion. The Army deployed a team of experts to Afghanistan in order to gather field data and photos on the diverse environments of Afghanistan, where soldiers often travel through multiple environments in a single mission, from snow to woodland to desert.

This data provided the baseline for a photo simulation study distributed to nearly 750 soldiers who had deployed to Afghanistan.  The study asked them to compare six patterns against eight different environments.  The results, along with surveys of soldiers in the two battalions who received alternate camouflage, formed the basis for the Army’s decision on MultiCam. Camouflage alternatives represent one facet of the Army’s ongoing efforts to improve the Army combat uniform. 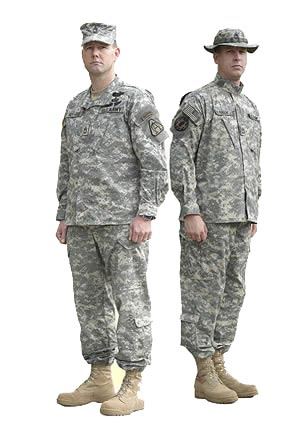 Since 2004 the U.S. Army Combat Uniform (ACU) are the standard combat uniform, applied with the Universal Camouflage Pattern (UCP). The new pattern was found to offer supperior concealment over a wide range of environments and field conditions. Photo: U.S. Army, PEO Soldier

The soldiers will be provided with the new, fire resistant Army combat uniforms finished in MultiCam patterns, which will also be applied to all associated equipment including body armor, rucksacks, and helmet covers. Selection of the new camouflage patterns is the third phase of a four-phase plan to improve the Army’s camouflage. In the next phase the the Army will evaluate long-term Army combat Uniform camouflage options for all soldiers.

By adapting to varying local lighting conditions, visible and near-infra-red, the pattern blends well into many environments, elevations, seasons, weather conditions, and times of the day. The design takes advantage of the way the human eye and brain perceives shape, volume, and color, taking advantage of human brain interpretation of the patterned object as part of the background, rather than a distinguishable object. This helps the wearer’s profile begin to lose its edge and fade into whatever color or shape surrounding him. The pattern uses curved, rather than pixilated elements to optimally blend in by using pattern element scale and contrast to further conceal the protected object when observed from distance or at close ranges. MultiCam relies more on a blending effect than a contrast effect to disguise the wearer. 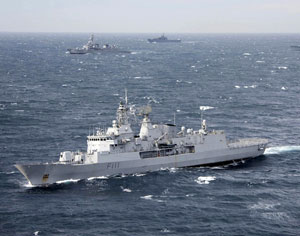