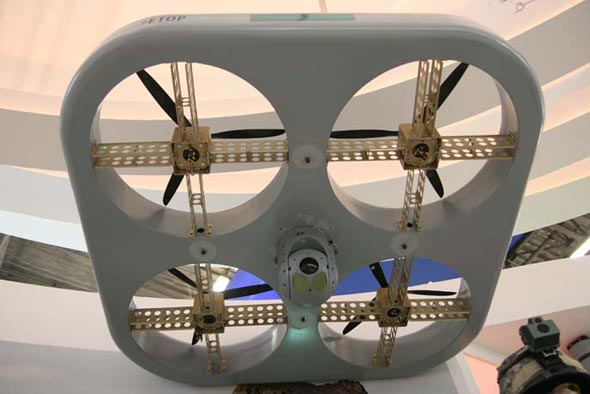 Israel Aerospace Industries will display an innovative concept for lifting medium weight sensors employed for persistent surveillance missions. The platform, designated ‘Electric Tethered Observation Platform’ (ETOP) is a tethered unmanned hovering platform which can take off, hover in one place, and land without any additional landing and recovery systems. It can be deployed from a static or moving ground vehicle or station. ETOP is the pioneer of a broader line of hovering platforms being developed at IAI for military and civilian applications.

ETOP comprises an assembly of four ducted rotors in a configuration clearing enough space for carrying payload weight of about 20 kg at the center of gravity. Typical payloads could be the MiniPOP or Micro-POP from IAI, and, possibly lightweight types of ground surveillance radars. Electrical power feeding the propulsion system, sensors, flight control and communications are fed from the ground through the tether which extends to length of about 100 meters (328 feet). Hovering time is limited only by the ground platform’s energy storage capability.

IAI has already conducted 10 successful flight tests with the ETOP 1st prototype, the second prototype has already began flight testing and IAI is hopeful that the system could become operational by 2011. 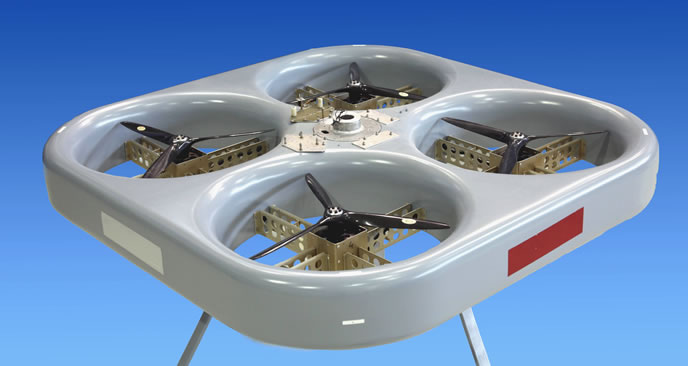