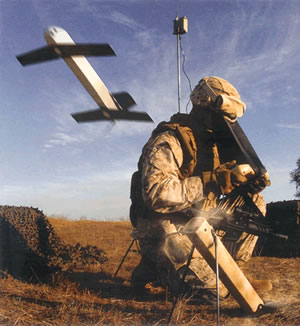 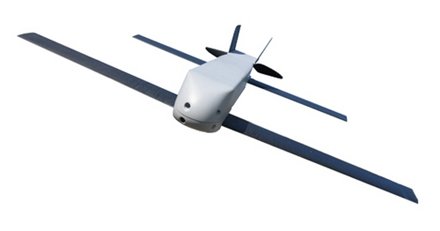 The project has already demonstrated such capabilities in 2008, as it achieved the range, accuracy, flight time and lethality to defeat target sets beyond the range of current squad level weapons. In January 2010 small UAV specialist Aerovironment has been awarded the final increment of $1.18 million for the third phase of development. According to the Air Force, Anubis will be able to track-down high-value maneuvering targets flying in ‘non-line-of-sight’ conditions (hinting at urban warfare). Aerovironment is not relating officially to the Anubis program but has unveiled a similar weapon system called Switchblade. If Anubis is in fact the Switchblade Aerovironment is already offering, it will also have a potential to become an aerial munition offering new capabilities for small UAVs sofar unable to carry out such missions.

AeroVironment describes the Switchblade as the warfighter’s “magic bullet”. It can rapidly provide a powerful, but expendable miniature flying Intelligence, Surveillance and Reconnaissance (ISR) package on a Beyond Line-of-Sight (BLOS) target within minutes. This miniature, remotely-piloted or autonomous platform can either glide or propel itself via quiet electric propulsion, providing real-time GPS coordinates and video for information gathering, targeting, or feature/object recognition. The vehicle’s small size and quiet motor make it difficult to detect, recognize, and track even at very close range.

The Switchblade is fully scalable and can be launched from a variety of air and ground platforms. The Switchblade’s payload and launcher, weighing less than six pounds total, can be carried in a backpack by a single soldier. The mini UAV, which sends streaming video and GPS coordinates back to its operator, can be transformed from an intelligence, surveillance and reconnaissance UAV into a mini bomb striking a target beyond the line of sight. The battery-powered vehicle has a very low visual, acoustic and thermal signature.

AeroVironment says the the weapon can also be deployed from submarines, ground vehicles and a manned, as well as unmanned, aircraft. The company already produces the Wasp III micro-UAV for the U.S. Special forces and Marine Corps and in 2008 has been awarded a development project for the “Stealthy, Persistent, Perch and Stare (SP2S) UAS”, based on a modified WASP design.