The Department of Defense (DOD) has more than 100,000 electrical generator systems (“gensets”) deployed around the world. Supporting field installations with power for lighting, air conditioning, run computers, communications or medical equipment, these generators are major consumers of fuel. Running on diesel engines, these gensets consume expensive fuel that, by the time it reaches the field unit, costs over a hundred US$ per gallon, in addition to the risk of human lives – as tankers are among the most exposed targets in the battlefield.

Fuel Cells offer a more efficient method in converting expensive fuel into electricity. Unlike combustion engines in today’s diesel generators, Fuel Cells use a chemical reaction to produce electricity – cutting fuel consumption by 50-66 percent. This emerging technology offers the potential of reduced emissions and higher fuel efficiency. One of the main challenges for such system is dealing with the corrosive effect of the military’s high sulfur JP-8 standard fuel.

Benson Lee, TMI’s President and CEO. “JP-8 contains sulfur and is highly corrosive to other fuel cell systems and to my knowledge this is the only known complete fuel cell system in the world to reach this milestone running on untreated military JP-8.”

TMI has focused on the design of a small-scale system since its earliest development nearly 20 years ago. The company implements low-cost, solid oxide fuel cell (SOFC) technology originally developed in Cleveland at the world R&D laboratories of SOHIO (later to become BP America). The system design has specifically focused on a platform that could be easily manufactured by Ohio’s automotive and appliance manufacturers. Over the years, TMI has deployed multiple demonstrations that have set industry milestones including a 30-day, on-farm demonstration in 2009 funded by the Ohio Soybean Council utilizing raw soybean oil as the sole fuel source. “Fuel cells have the potential to spearhead a huge new clean energy industry for both Ohio and the nation,” Lee said. “As TMI continues to reach critical milestones, and obtains the necessary funding and investments, we could be commercialized in military and residential market within 3 years.”

TMI’s system provides primary power as an option for end users who want or need 24/7 energy availability. This option can be in parallel with or independent from the utility grid. TMI’s modular 1-kW system provides the advantages of being sited almost anywhere, including indoors where surplus heat can be used for cogeneration (e.g., heating and cooling). 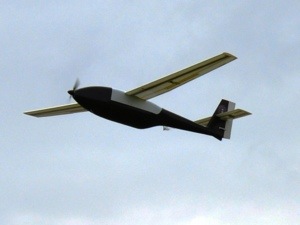