China is moving forward in completing the refurbishment of Shi Lang, the first aircraft carrier for its navy, and has recently unveiled (unofficially) the fighter planes to be operating on board, the J-15.

The Chinese People’s Liberation Army (PLA) Navy’s Shi Lang, formerly known as Varyag was commissioned in 1988. Following the collapse of the Soviet Union it was operated by the Ukraine Navy and was sold to China in 1998, where has undergone refurbishing work in the port of Dalian since 2002. The vessel is expected to commence training operations around the end of 2011, according to Tsai Der-sheng the director of the Taiwan’s National Security Bureau. Chinese made J-15 ‘Flying Shark’ fighter aircraft developed in China, based on the Russian Su-33 design, were spotted in China last week and. 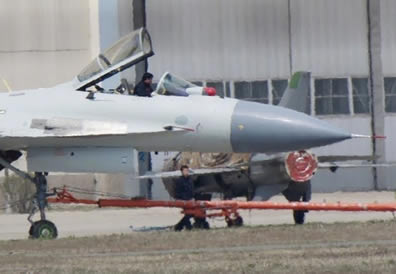 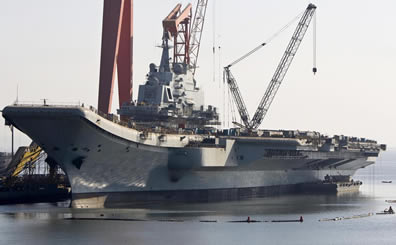 China does not operate the Su-33 and is believed to have reverse-engineered the plane from a single Su-33 also obtained from the Ukraine in the late 1990s. Like the Su-33, China’s Shenyang J-15 is designed for operation from ‘ski-jump’ decks. The aircraft is powered by two improved Shenyang WS-10 turbofan engines, has a tailhook, for arrested landing on short carrier decks, folding wings, shortened tail cone and bulked-up landing gear to enable storage and movement below deck. Analysts expect the J-15 to integrate some of the enhancements introduced in other Chinese fighters, such as the anti-ship enhanced Pulse-Doppler radar and the glass cockpit and the improved turbofan engines, derived from the Chinese J-11.

The J-15 prototype made its maiden flight on Aug. 31, 2009 and performed the first takeoff from a land-based ski-jump in May last year. The aircraft is scheduled to become operational by 2015, operating on China’s new, indigenous built carriers. The SU-33 fighter jets, or the J-15 derivative which are likely to be based on the Shi Lang, have a maximum range of 800 km, determining the vessels’ radius of action and influence at 500 – 800 km at maximum. In comparison, U.S. aircraft carriers have a radius of influence of up to 1,000 km.

Its firepower is expected to consist of Chinese designed weapons, including PL-8 and PL-12 AAMs. Its primary air/surface weapon is believed to be the YJ-83K air-launched guided missile (an air-launched derivative of the surface-launched C-803) with a range of +100 km. This anti-ship missiles was developed by HaiYing Electro-Mechanical Technology Academy in China for use by surface ships, submarines, land and airborne platforms. While China is also believed to be working on introducing advanced surface and air launched weapons to equip carrier based assets, the limited payload carrying capacity of the Su-33/J-15 leaves much to be desired. At the current state it is believed to be used primarily for air defense, with a secondary attack role. 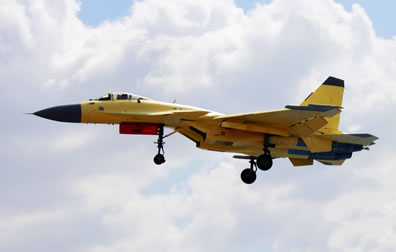