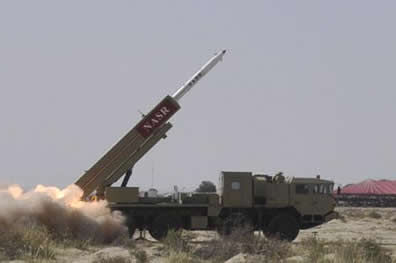 The test indicates Pakistan has the technology to build a small nuclear warheads for all kinds of delivery platforms, said Mansoor Ahmed, a lecturer at Quaid-e-Azam University here who specializes in nonconventional weapons and missiles, quoted by Defense News. “Theoretically, 1 kilogram of weapons-grade plutonium boosted with 4-5 grams of tritium gives a 10-20KT yield, provided the trigger is sophisticated,” Ahmed said. “However, the diameter size of Nasr suggests that the warhead would be less than 1 kilogram, and would be of sub-kiloton range, suitable for battlefield use and could be a fission boosted sub-kiloton fission device.”Pakistan will now “not accept any cap in plutonium production in the foreseeable future,” he said.

The missile offers Pakistan’s military a quick response system, enabling the country to rapidly deploy massive firepower based on nuclear delivery capability, employing effective “shoot-and-scoot’’ tactics. These assets are believed to effectively counter India’s ‘Cold Start’ strategy, part of its ‘limited war’ doctrine, using massive air-land attack by forces maintained at high readiness level. According to Pakistani Lt. General (Retd.) Khalid Ahmed Kidwai, Director-General of Pakistan’s Strategic Plans Division at the National Command Authority, Nasr represents a new milestone in consolidating Pakistan’s strategic deterrence capability at all levels of the threat spectrum. It means Pakistan could potentially refrain from using strategic nuclear weapons in a limited conflict, by employing a low-yield tactical warheads as ‘battlefield weapons’ capable of deterring and inflicting unacceptable losses among overwhelming mechanized forces that could be employed by India under a ‘Cold Start’ attack. While India is not expected to reassess its ‘Cold Start’ strategy yet, such a move will be required once Pakistan demonstrates its tactical weapons capability by detonating such a low-yield warhead.

While the Pakistani move was applauded at home, as a counterweight to a potential Indian threat, some voices are also questioning the value within Pakistan’s overall defense strategy. 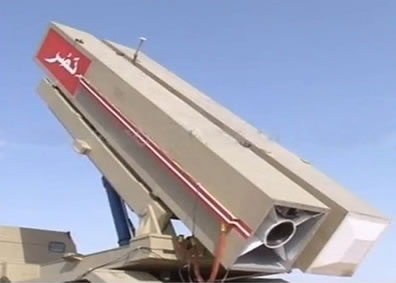